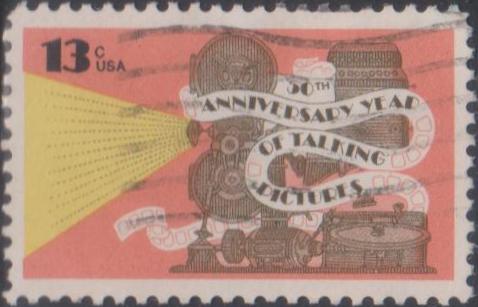 A commemorative postage stamp on the 50th Anniversary of the First Major Motion Picture with Sound :

Design : This U.S. 13¢ stamp, designed by Walter Einsel of Westport, Connecticut, commemorates a half century of progress in talking picture technology and celebrates the event that made the words “Let’s go to the movies” an integral part of the American way of life.