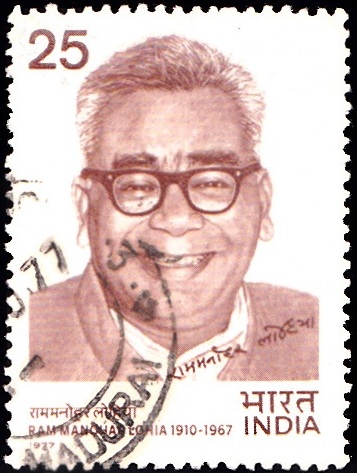 A commemorative postage stamp on the Death Anniversary of Ram Manohar Lohia, an Indian freedom fighter and socialist political leader :

Issued for : The Posts and Telegraphs Department is proud to bring out a commemorative postage stamp in honour of this great son of India.

Description of Design : The design of the stamp depicts the portrait of Ram Manohar Lohia. The autograph in Devnagri of the personality also appears on the stamp.