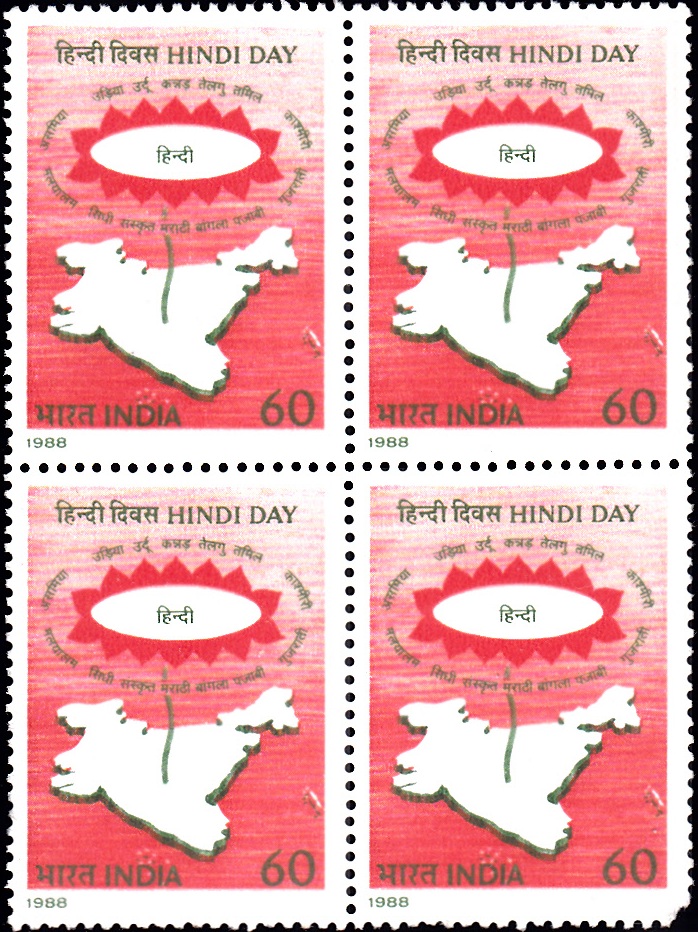 A commemorative postage stamp on the Hindi Diwas : 14 September, an annual day to celebrate Hindi, an official language of India :

Issued for : The Department of Posts is pleased to issue a postage stamp in honour of Hindi Day with the hope that Hindi will continue to fulfill its historic role as the Official Language of the Union and as the link language of our large country, in co-operation with other regional languages of the country.

Description of Designs : The stamp is prepared by India Security Press, Nashik Road on the basis of a design suggested by the Department of Official Language. It depicts a lotus, the heart of which is Hindi touching all the petals which represent the major languages of India. The first day cover, portraying Article 343 (i) of the Constitution of India, is prepared by Shri Sankha Samantha. The cancellation is designed by Smt. Alka Sharma.