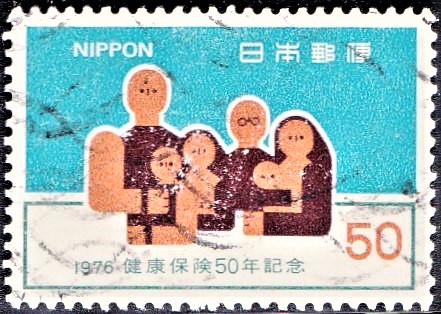 A commemorative postage stamp on the 50th Anniversary of the Health Insurance in Japan :

Issued for : A special postage stamp was issued to commemorate the Fiftieth Anniversary of Japanese Health Insurance. In Japan, the health insurance system is divided into three categories : one is intended for labors in a regular employment and the others for daily labors and for general people.