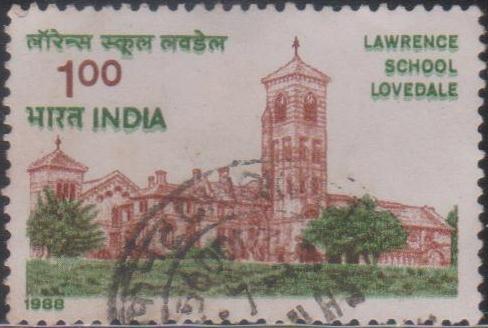 A commemorative postage stamp on the 130th Anniversary of The Lawrence School, Lovedale :

Description of Designs : The stamp is designed by India Security Press, Nashik Road. The first day cover is designed by Shri Samaresh Chatterjee and the cancellation, showing the school emblem and motto, is by Smt. Nenu Gupta.