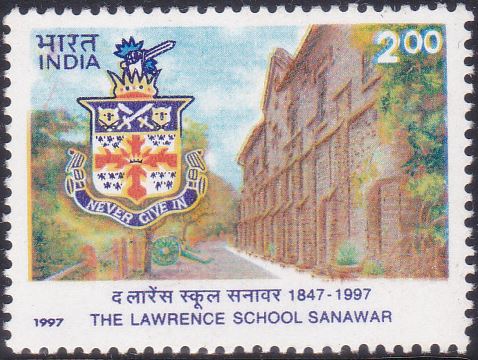 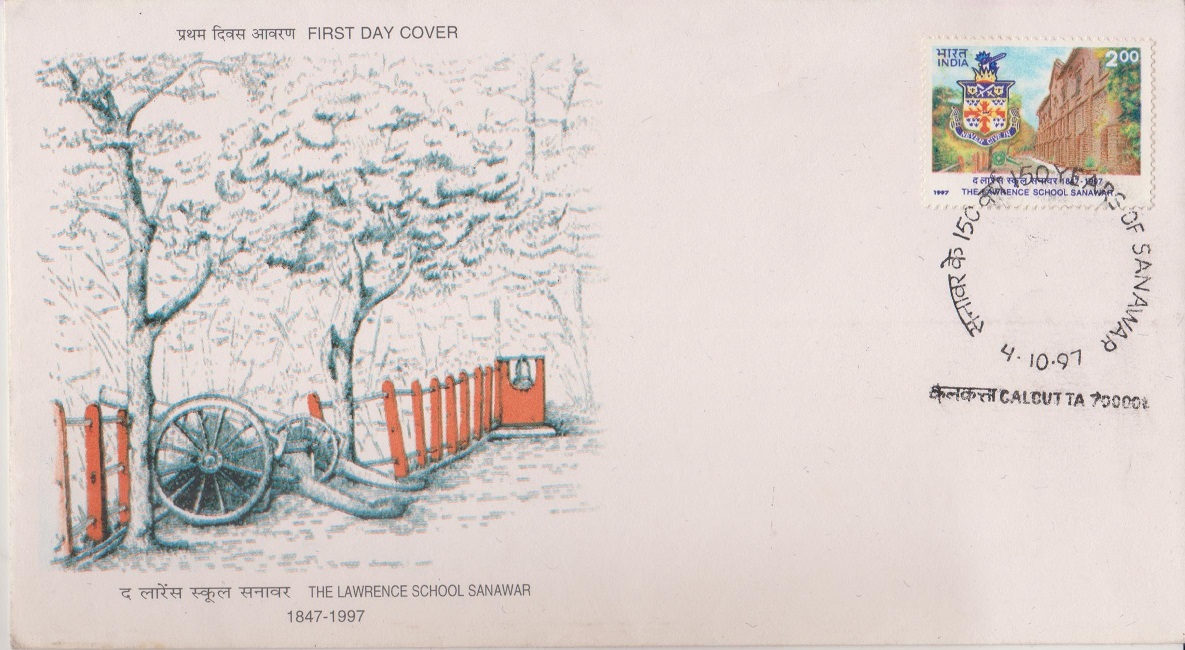 Issued for : The Department of Posts is happy to issue a commemorative stamp to mark the sesquicentennial celebrations of the founding of the Lawrence School.

Design : Inlaid within the stamp is the School Crest. The design of a hand holding a dagger, ivy, swords and lionheads was adapted from the family Coat of Arms of Sir Henry Lawrence. The crest bears the School’s Motto – “NEVER GIVE IN”, which embodies the spirit of the School, a spirit to which Rudyard Kipling bore testimony in his greatest classic work, “KIM“ – “Send him to Sanawar & make a man of him.“

The Cannons on the First Day Cover were captured in Turkey by the British and presented to Sanawar by the Ferozepur Arsenal Garrison in 1934.