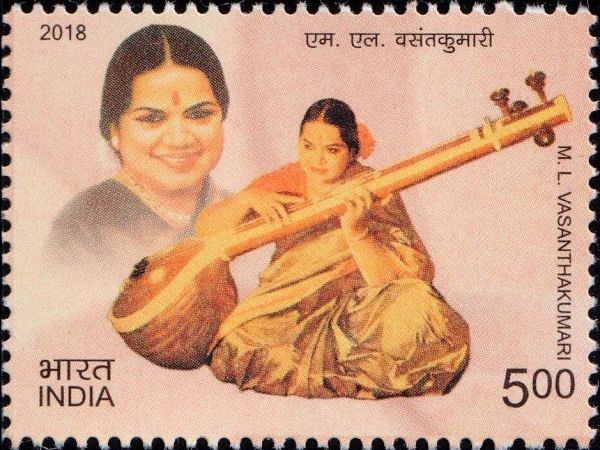 A commemorative postage stamp on the birth anniversary of MLV, one amongst “female trinity of Carnatic Music” along with D. K. Pattammal & M. S. Subbulakshmi :

Issued for : Department of Posts is pleased to issue a Commemorative Postage Stamp on M. L. Vasanthakumari.