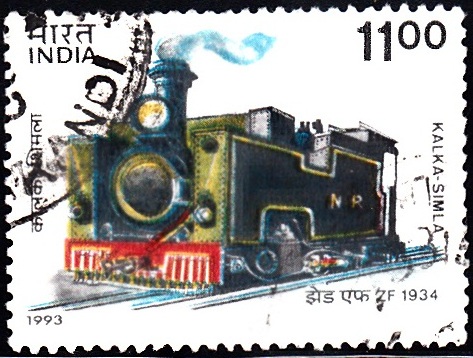 Design Credits :
Stamps : Pasricha
First Day Cover : Shankha Samantha
The Cancellation design prepared by Merv in Alexander, ADG (Phil) is based on Richard Trevithick‘s pioneer locomotive “Catch me who can”, which was run in a circular track laid in Euston Square London in the year 1808.