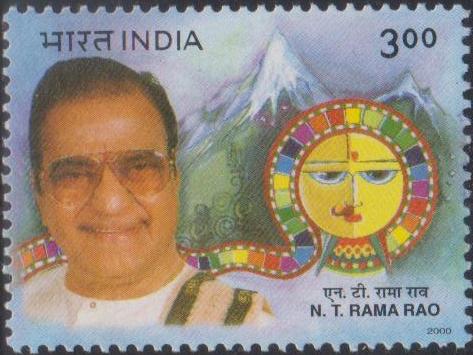 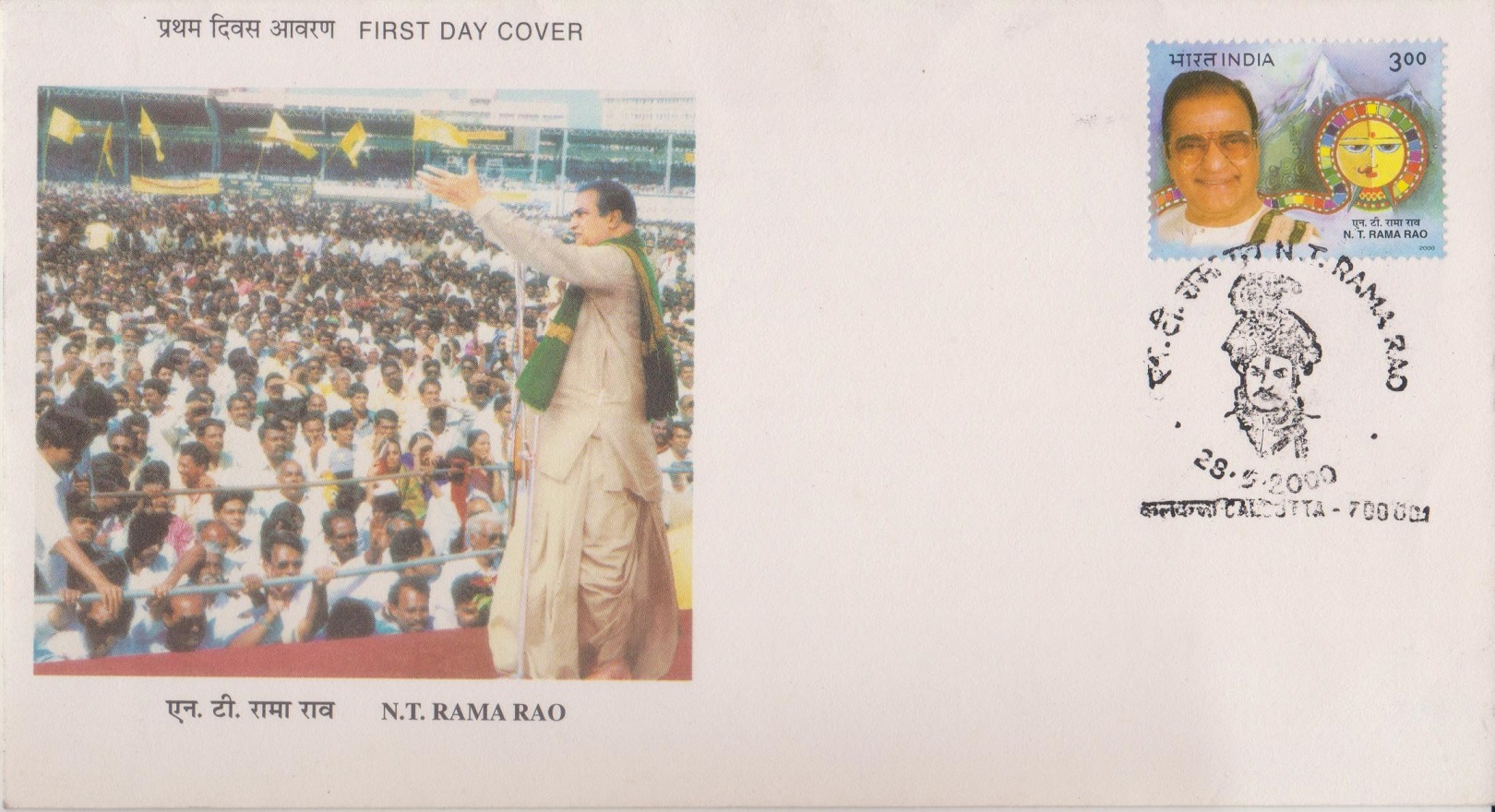 Issued for : The Department is happy to issue a commemorative stamp on this towering personality from Andhra Pradesh.

Design : The stamp design is based on the alphabetic symbolism of the Telugu word ‘anna’. Anna, meaning ‘brother’ is formed by the combination of two letters ‘a’ and ‘nna’. First alphabet in the word ‘amma’ (mother) and the second alphabet in the word ‘nanna’ (father) put together forms ‘anna’. Thus ‘anna’ is the manifestation of mother’s love and father’s support. In the stamp design, the first part of the emblem viz. the half cut face of the sun symbolises father and the second part viz. the earth, symbolises the mother. The design also incorporates other symbols representing the life and achievements of NTR.

The stamp depicts the Telugu Matinee Idol turned politician, founder of Telugu Desam and Chief Minister Shri N.T. Rama Rao, affectionately called Anna – the Sun symbolising Father and the Earth symbolising the Mother. The FDC design depicts him as a man of the masses.