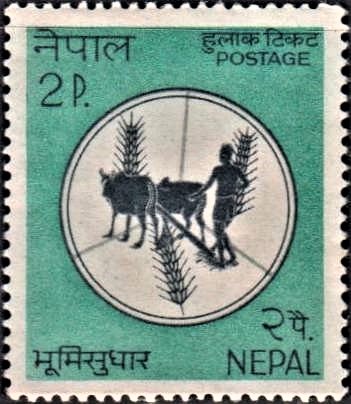 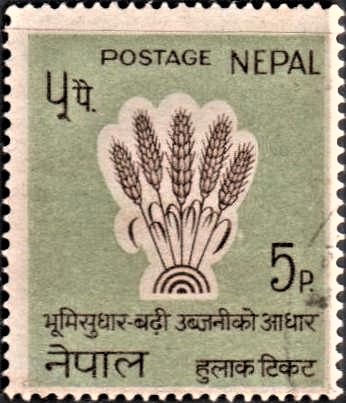 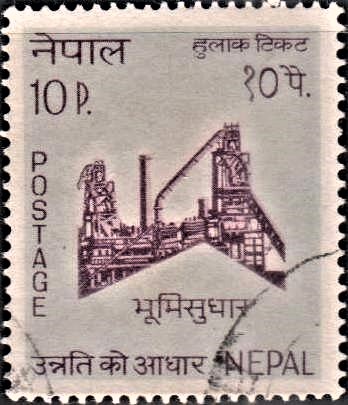 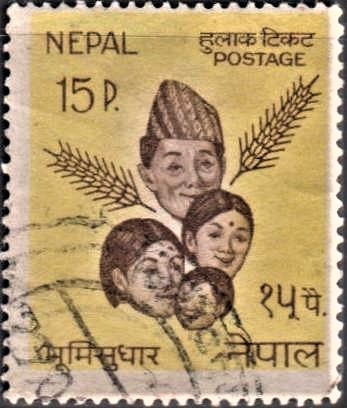 Design :
2P. : The circle divided by three radii symbolises Land Distribution among the landless. The image of an active Ploughman indicates full utilisation of all cultivable land which, in the absence of proper system, would have been left idle and unharnessed.

10P. : The representation of a factory signifies Industrialisation of the country – an indirect but ultimate result of Land Reform.

15P. : Finally, the cluster of four smiling faces indicates the happy Nepalese Family – materially enriched, morally encouraged and socially enlightened under the revolutionary impact of Historic Land Reform. The ears of grain on either side denote Increased Production and peace through plenty.

Number : One Million of each denomination

Sheet : 42 stamps per sheet of each denomination