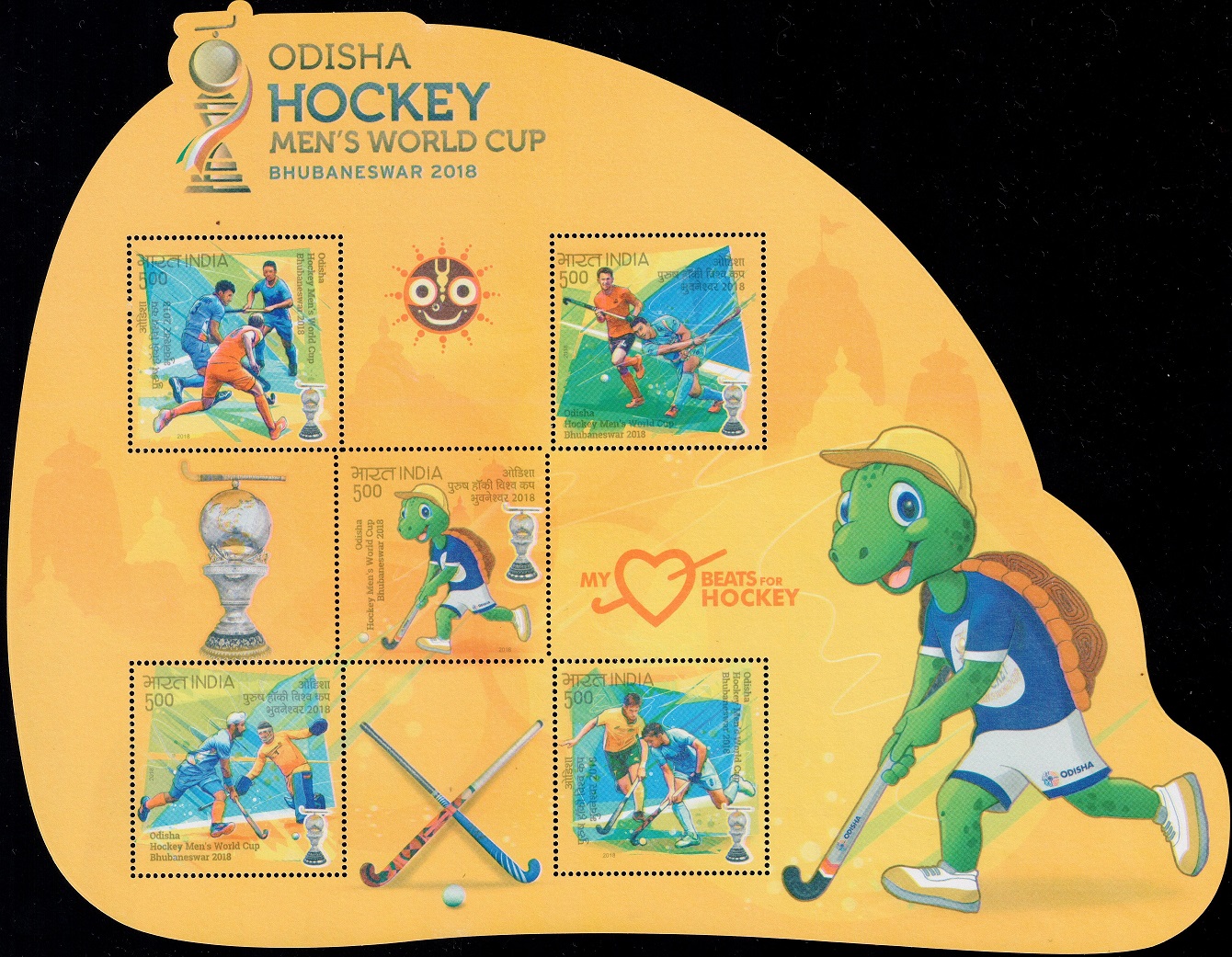 Issued for : To mark this event, Department of Posts is pleased to issue a set of five Commemorative Postage Stamps on Odisha Hockey Men’s World Cup 2018.

Design : The Miniature sheet has unique & attractive shape. In a first, away from the usual rectangular and square shapes, the Miniature Sheet depicting these stamps has a unique stamp to not only celebrate the spirit of hockey but also to attract the youth to the fold of Philately.