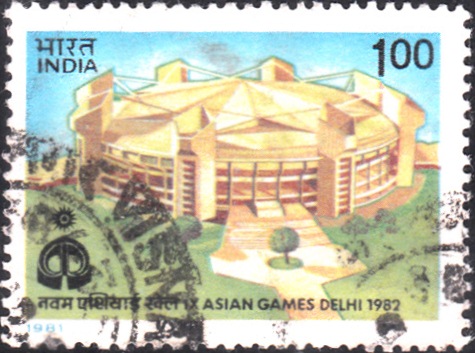 Description of Designs : The stamp, designed by India Security Press, depicts the covered stadium at Rajghat. The design is based on photograph of the model. The First Day Cover design by Champa Lal Meena shows the National Stadium. Cancellation was designed by Charanjit Lal.