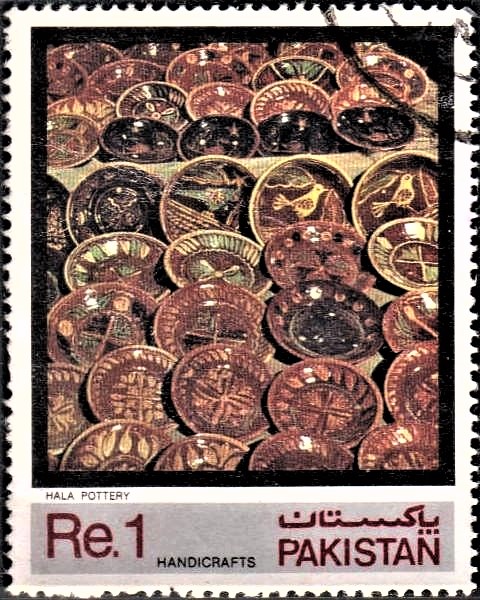 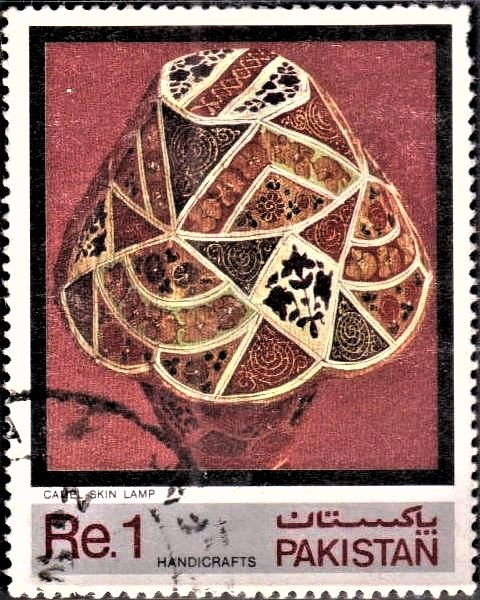 Issued for : In order to focus attention on the rich heritage of handicraft in our country, Pakistan Post Office had issued on 23rd August, 1979 a special series consisting of four stamps depicting specimens of (i) Guj embroidered shirt (Guj is a Sindhi term for woman’s wedding shirt), (ii) Enamel inlaid brass plate, (iii) Baskets, and (iv) Chain-stitch embroidered rug in the denominations of 40 Paisa, Re. 1/-, Rs. 1.50 and Rs. 2/- respectively. The second set of stamps in the handicraft series consisting of two stamps each of Re. 1/- denomination depicting specimens of (i) Halla Pottery, and (ii) Camel Skin Lamp will be released on the 20th February, 1982.

Denomination : Re. 1 (for both the designs)