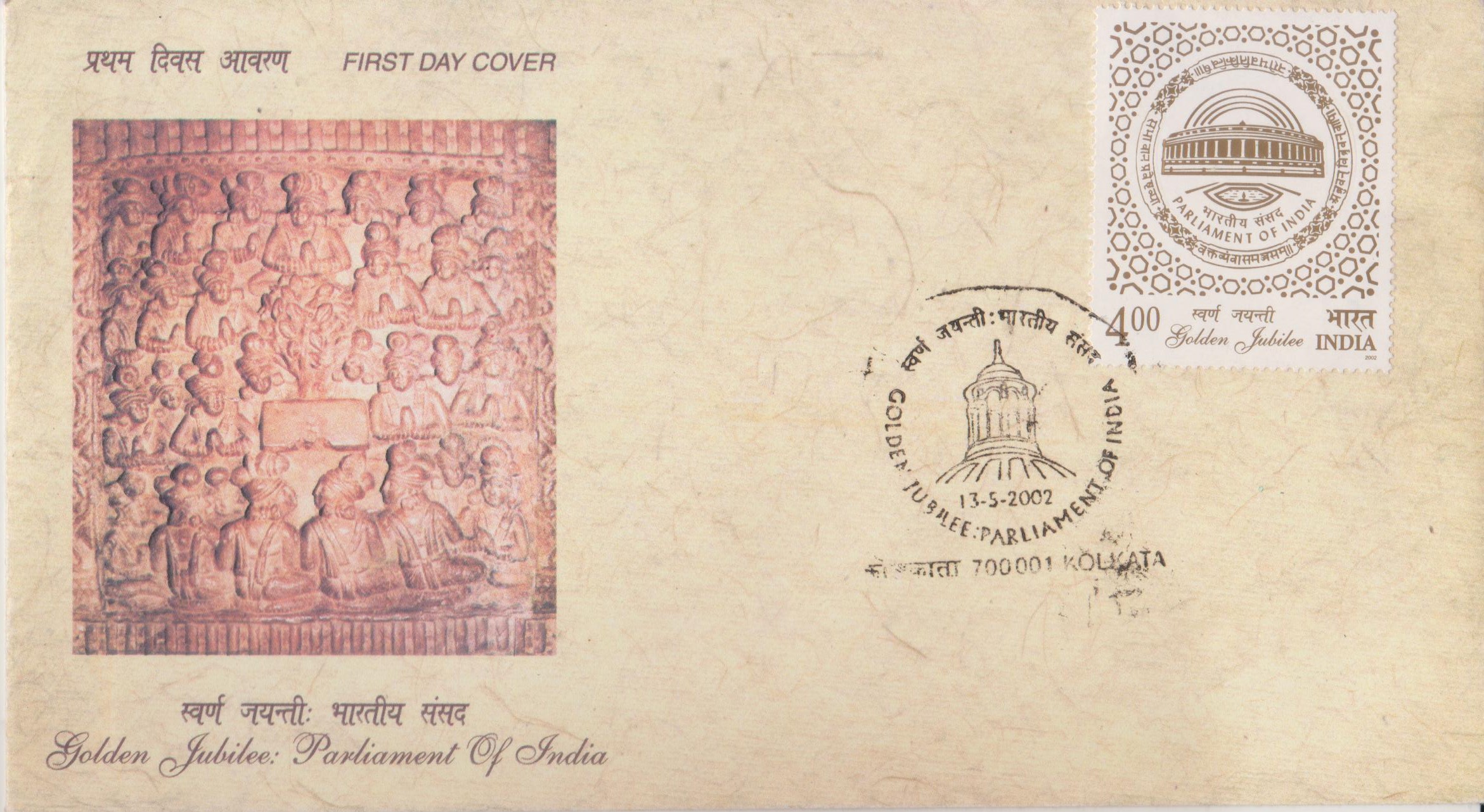 A commemorative postage stamp on the Golden Jubilee of the Indian Parliament (Bharatiya Sansad) : 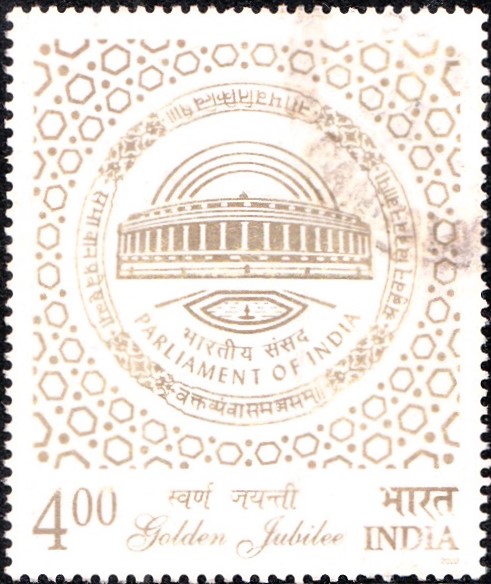 Issued for : The Department of Posts is proud to release a commemorative postage stamp to mark the Golden Jubilee of the Indian Parliament.

Design : The stamp design shows the decorative inner view of the Central Hall of the Parliament, which is stated to be one of the most magnificent domes of the world. The Central Hall, which has witnessed the transfer of power on 15th August 1947, the long deliberations which led to the framing of the Constitution and the first session after each general elections to the Lok Sabha for the last 50 years, is a place of historic importance to India. The stamp design also incorporates one of the inscriptions from another dome inside the Parliament, inscriptions that act as beacons to guide parliamentary discussions & debate.

The first day cover depicts a column of Sanchi Stupa gate (circa 1st century B.C.) showing an assembly of elected representatives of the period.