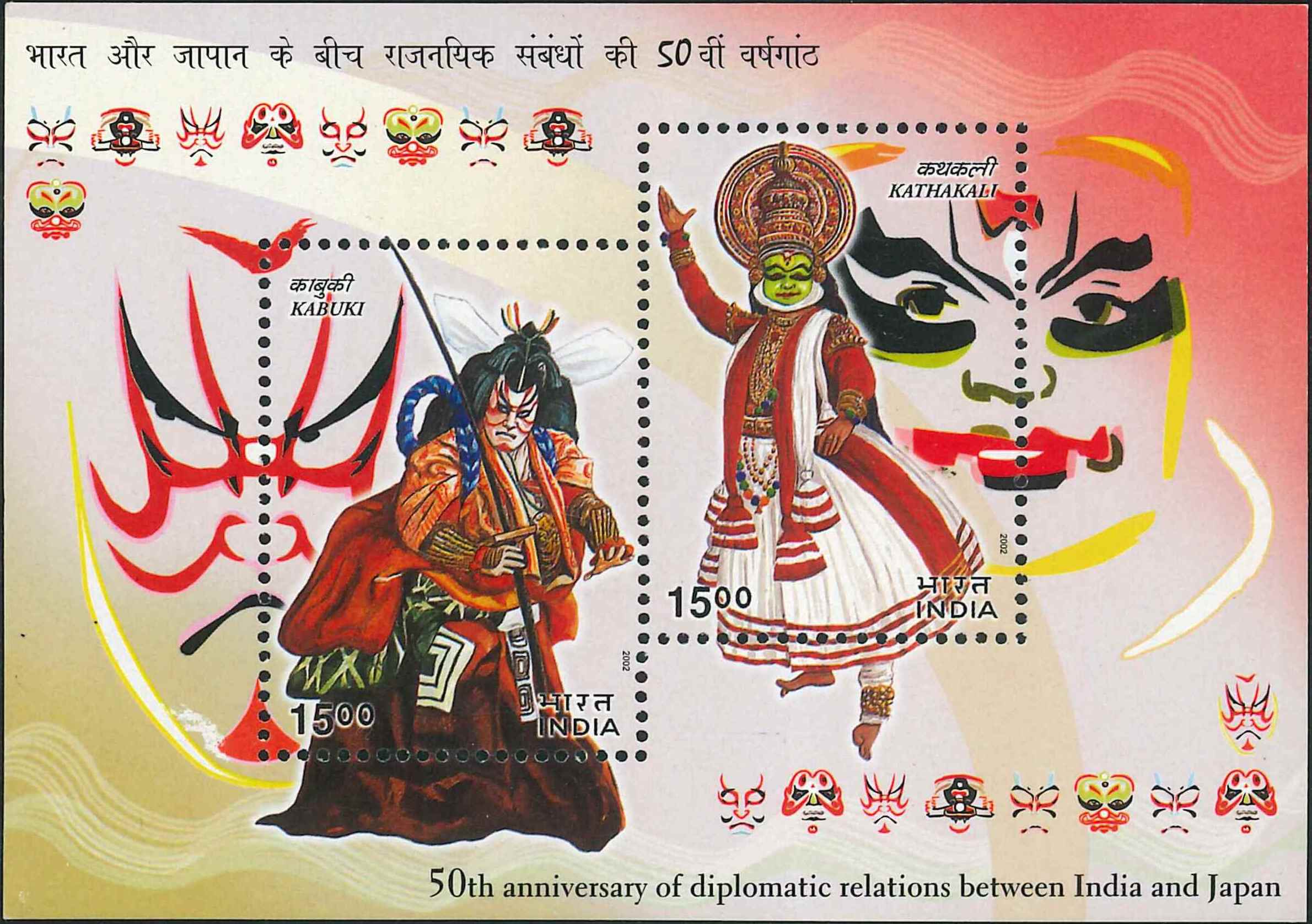 A miniature sheet consisting of 2 nos. of postage stamp on the 50th Anniversary of Diplomatic Relations between India and Japan : Classical Performing Arts : Kabuki and Kathakali :

Issued for : The Department of Posts is proud to commemorate the 50th anniversary of diplomatic relations between India and Japan with the issue of a set of two commemorative postage stamps and a miniature sheet.

Design : The theme of this philatelic commemoration is the rich traditions of classical performing arts of Japan and India. The first stamp portrays Kabuki, the ancient form of drama from Japan. An exquisite blend of the musical and pictorial elements, it is an impressive evocation of Japanese creativity. The second stamp depicts Kathakali, the highly classical and visually rich dance drama of India.

Number per issue sheet : 8 each