India on Mahaparinirvana of Buddha 2007 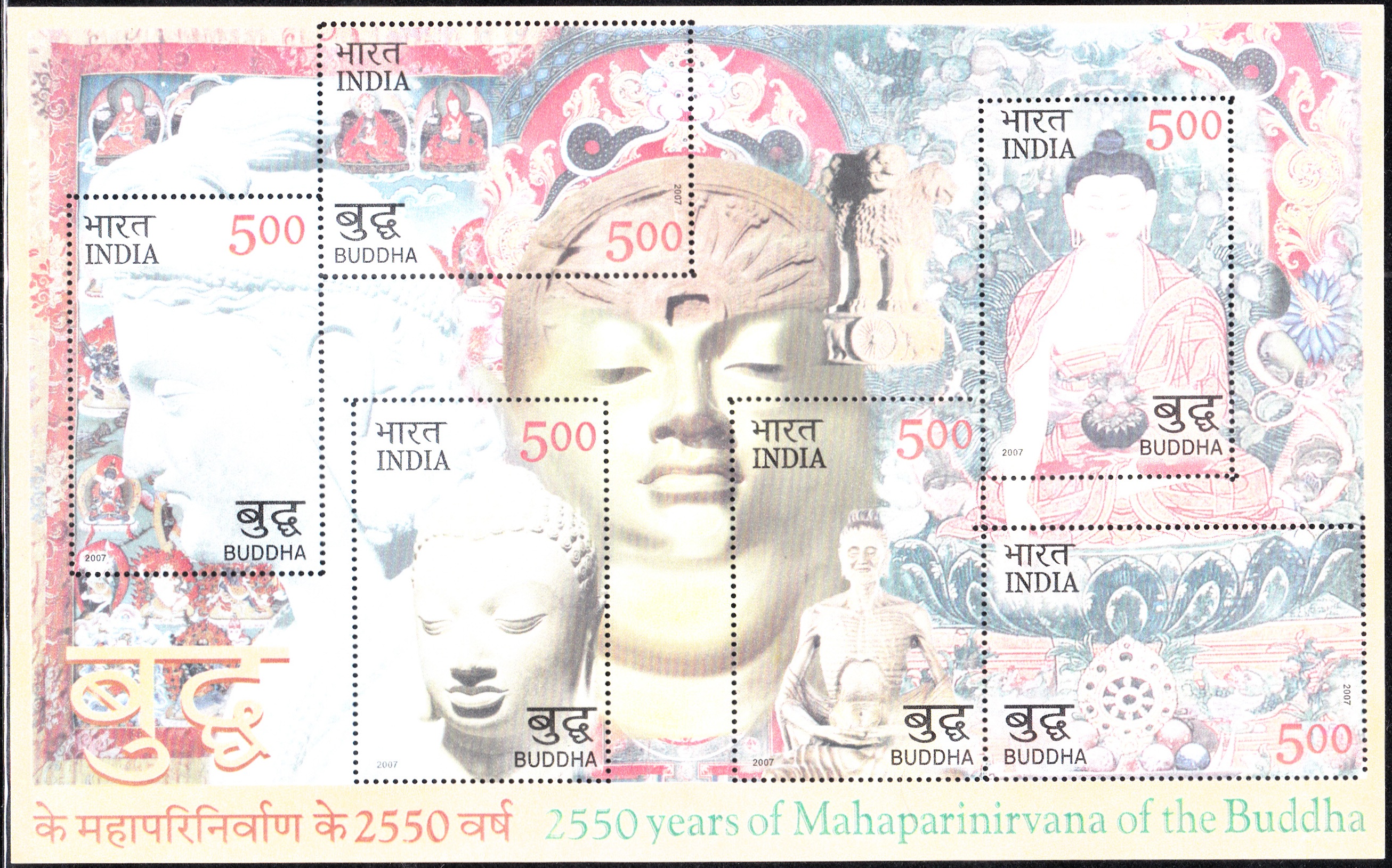 A Miniature Sheet consisting of 6 nos of commemorative postage stamps on the 2550 years of Parinirvana of the Gautama Buddha Shakyamuni :

Issued for : The Department of Posts is proud to release a set of six postage stamps on the ‘Buddha‘ to commemorate the occasion.

Design : The first stamp depicts a statue from the Gandhara period of Siddhartha when he was still a prince. The second stamp shows a sculpture from Myanmar where Buddha is an ascetic having renounced royal luxuries to meditate on the essential Truth. The third stamp depicts the blissful head of the meditating Buddha (Dharmachakrapravartan or Turning-the-wheel-of-law Buddha) from Sarnath, India, also done in the Gandhara style. The fourth stamp depicts the Bhumisparsha Buddha holding the nectar of immortality in a jar. Some of the numerous incarnations of Buddha, past and future as well as pert of the cycle of creation and dissolution of the many worlds feature in the fifth stamp. Hinayana symbols such as the Lotus indicating the blossoming of inner harmony which is the basis of all existence, and the dharma chakra with the various stages of development is shown in the sixth stamp. Also seen in one corner is the bhumisparsha mudra which proclaims ‘the earth is my witness’.