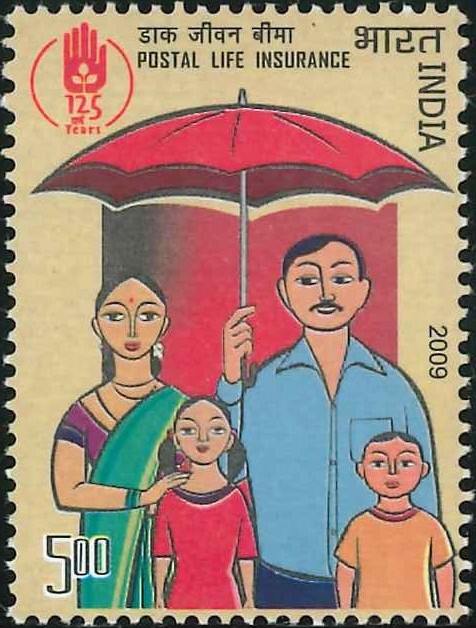 Issued for : Insuring lives and ensuring smiles is what Postal Life Insurance has been striving to do since the past 125 years. Its greatest forte has been charging low premium and giving high bonus to customers which is possible due to the fact that it banks on the vast postal network for its operations. The Department of Posts commemorated the yeomen service rendered by Postal Life Insurance since the last 125 years by bringing out a commemorative postage stamp on this occasion.