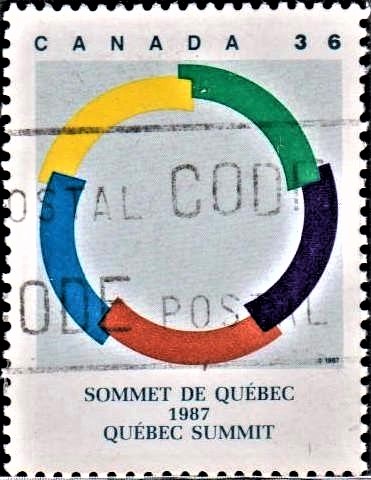 About the Stamp Design : The stamp design by Claude Gaudreau of Québec features the newly created symbol for the Québec Summit. The symbol takes its own colours from the flags of the States and Governments participating in the Summit.