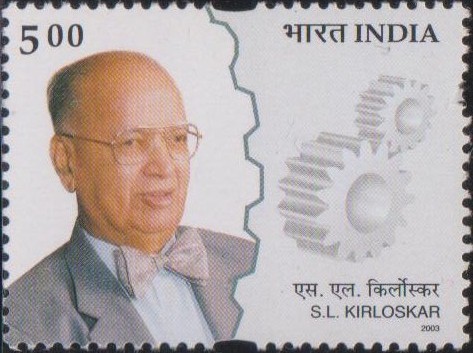 A commemorative postage stamp on the Birth Centenary of Shantanu L. Kirloskar, an Indian businessman, son of Laxmanrao Kirloskar and instrumental in growth of the Kirloskar Group : 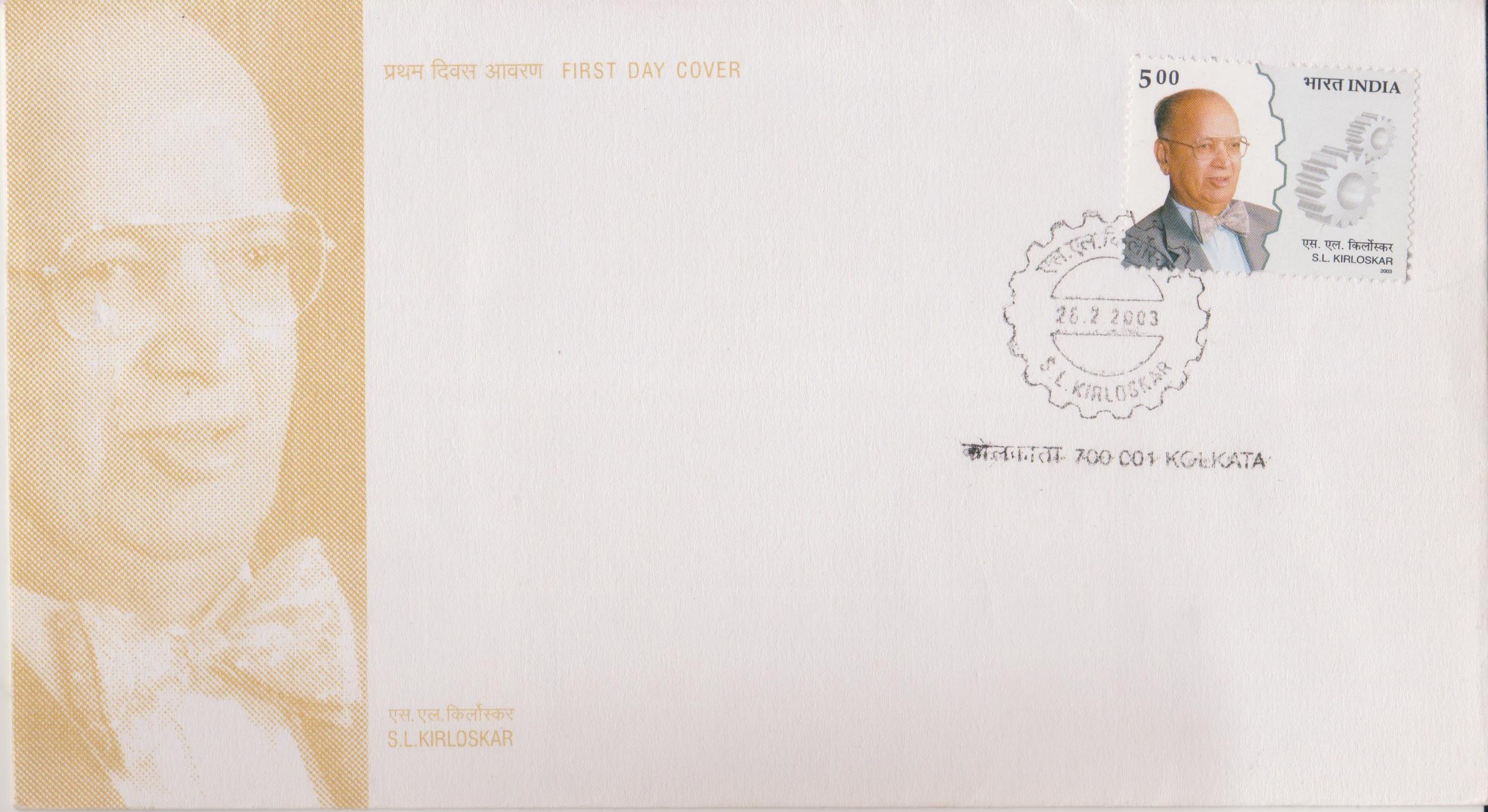 Issued for : The Department of Posts is happy to issue a postage stamp to mark the birth centenary of S.L. Kirloskar.

Credits :
Stamps & FDC : Based on material received from the sponsors.
Cancellation : Alka Sharma