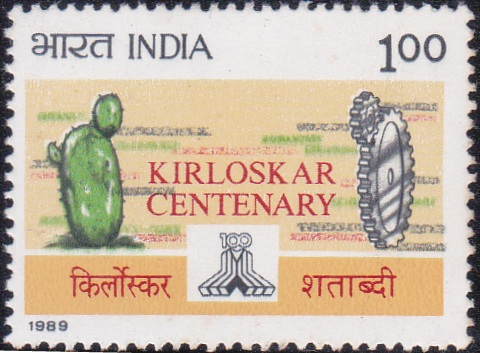 A commemorative postage stamp on the Centenary of Kirloskar Brothers Limited (KBL) :

Description of Designs : The stamp has been designed by India Security Press, Nashik Road, and depicts the growth of Kirloskar industries from the barren field of cactuses to Engineering Excellence during the past 100 years. The first day cover and cancellation have been designed by Nenu Gupta.