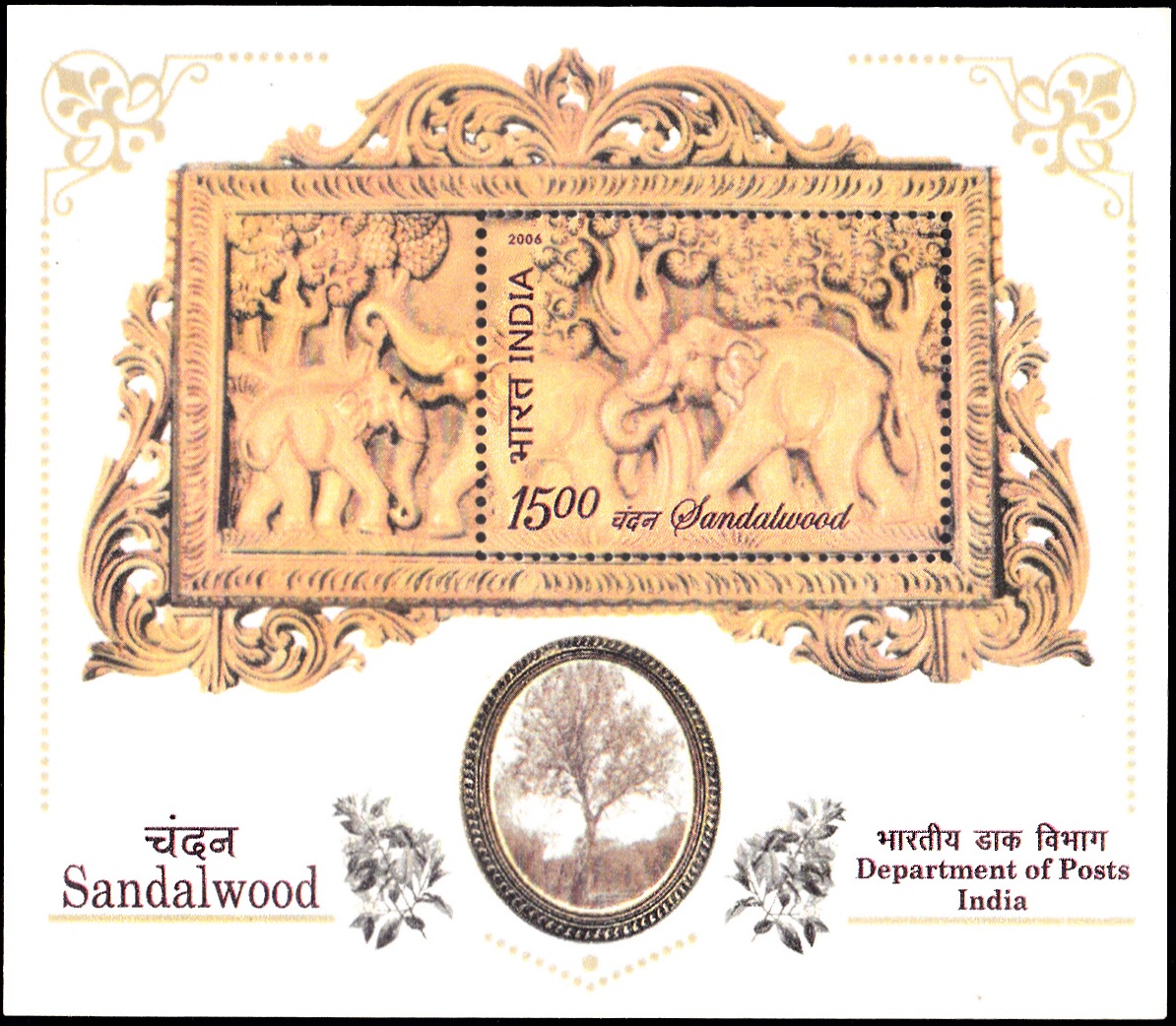 A Souvenir Sheet consisting of 1 no. of commemorative postage stamp on the Indian White Sandal wood (Santalum album) :

Issued for : Sandalwood is an integral part of the Indian heritage, which we need to treasure and conserve, and the Department of Posts is proud to issue a perfumed commemorative postage stamp on this national treasure. This stamp, with its unmistakable fragrance of Sandalwood, is the first perfumed stamp brought out by India Post.