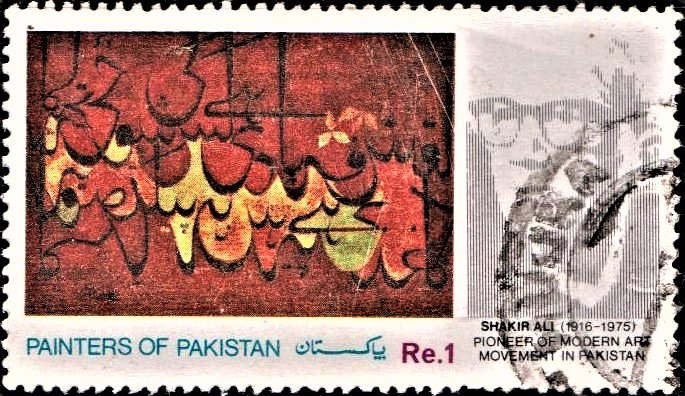 Issued for : To commemorate the works of renowned painters of Pakistan, Pakistan Post Office has decided to bring out a series of postage stamps on the ‘PAINTERS OF PAKISTAN’. The first stamp in the “PAINTERS OF PAKISTAN” series which is being issued on April 19, 1990 of Re. 1/- denomination depicts the famous calligraphic work of (late) Shakir Ali containing the following urdu verse of the illustrious poet Mirza Asadullah Khan ‘Ghalib’.