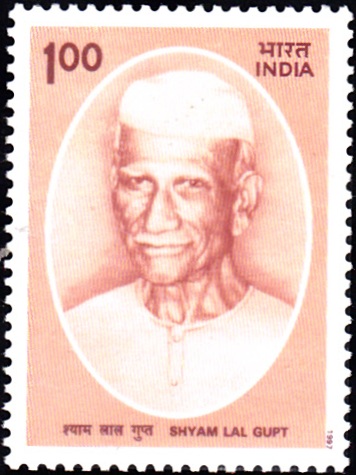 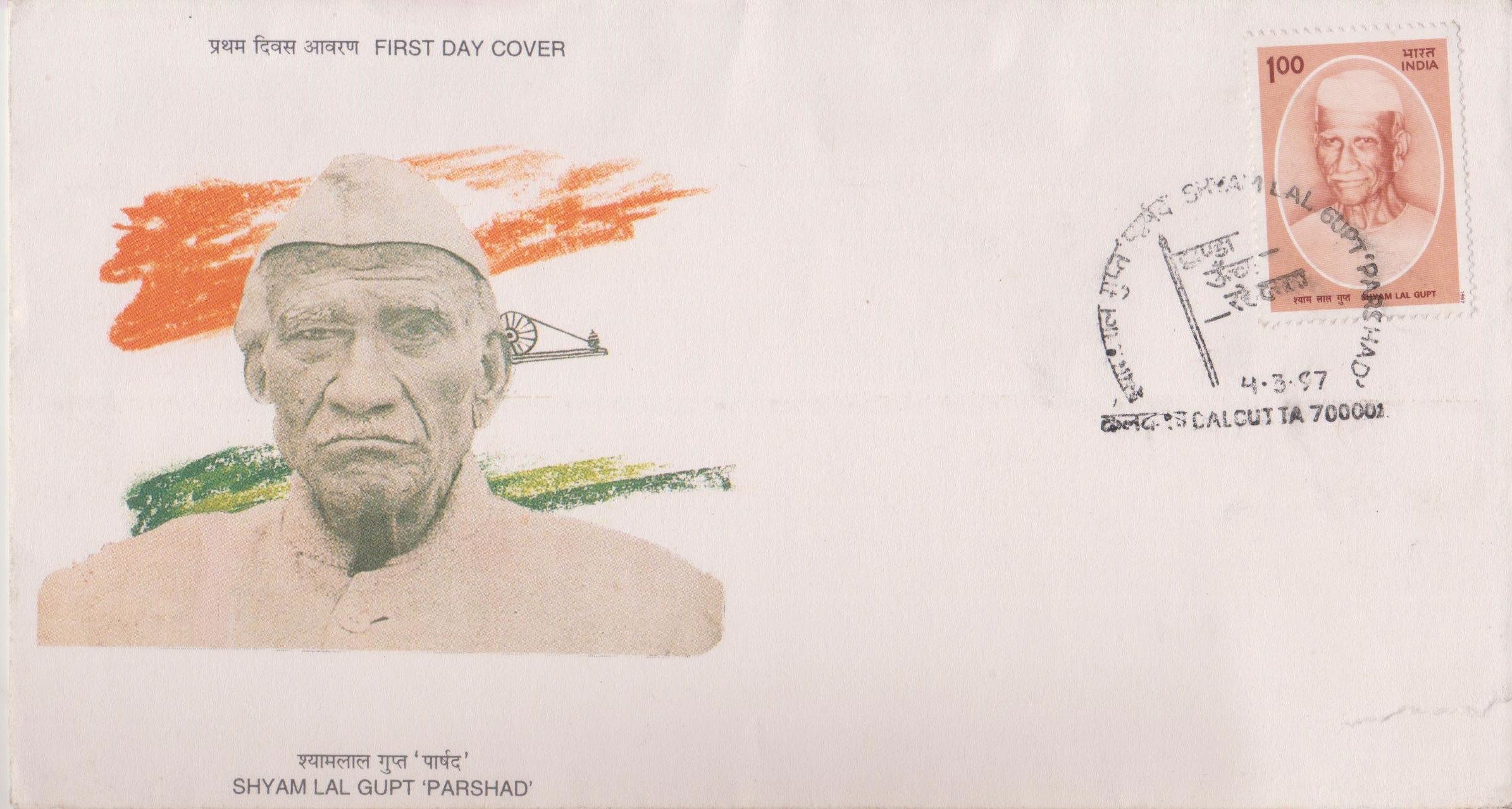 Issued for : The Department of Posts is happy to issue a special commemorative postage stamp to mark the occasion of the writing of this memorable song and honour the memory of Shyam Lal Gupt “Parshad“.