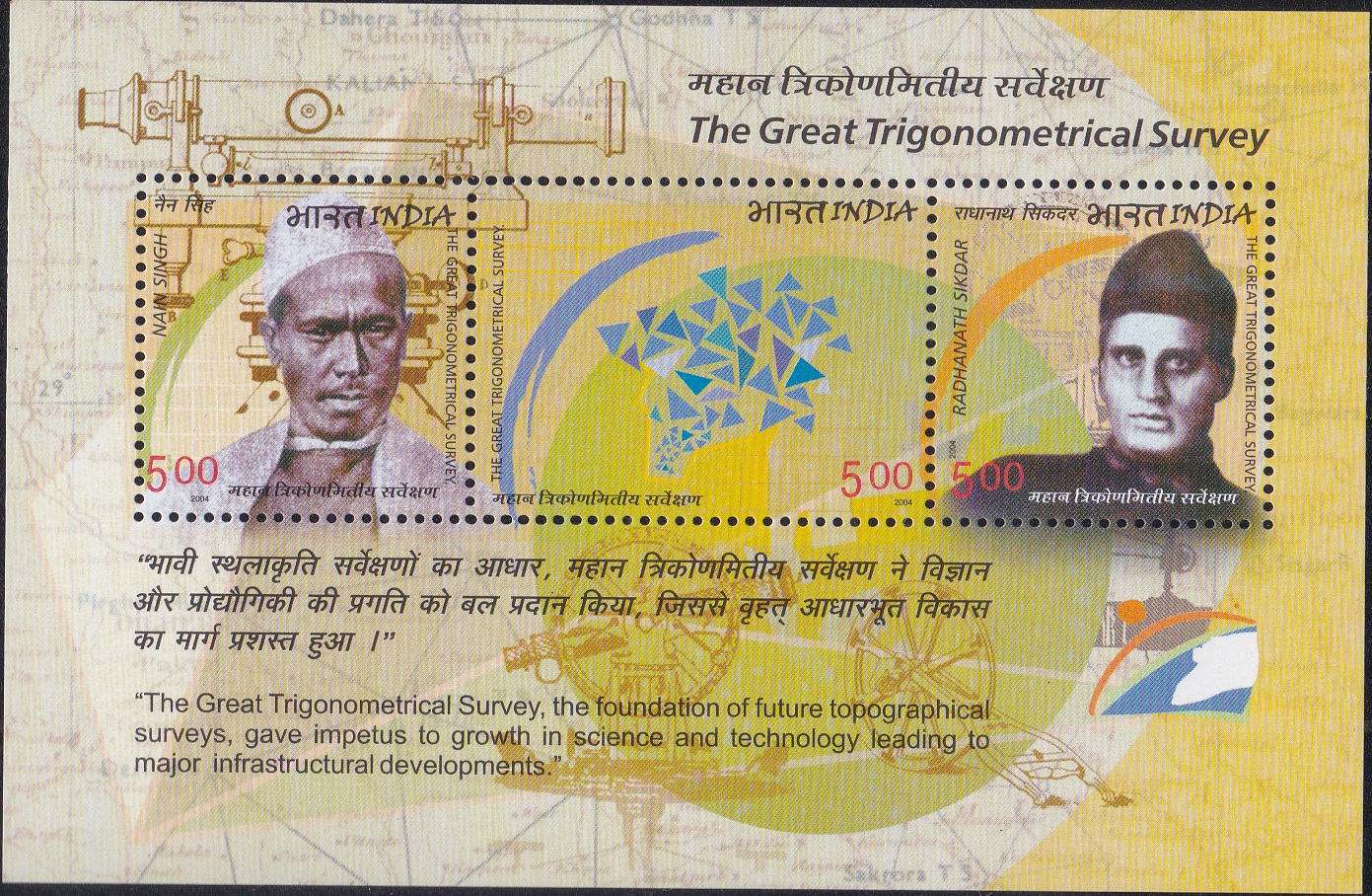 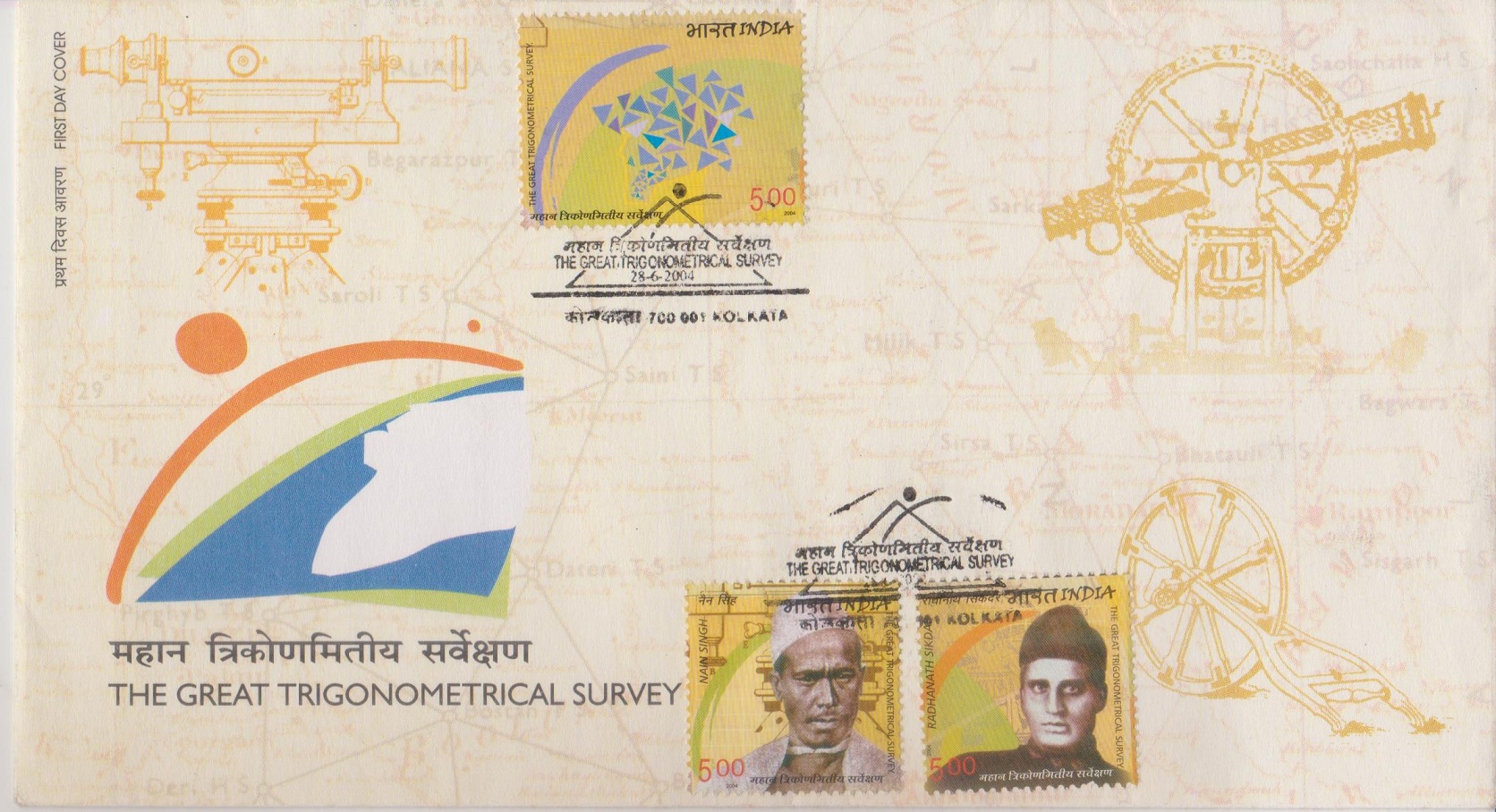 Issued for : The Department of Posts is proud to release a set of postage stamps to commemorate the “Great Trigonometrical Survey”.

Design : The stamp features two of the greatest contributors to the Survey – Radhanath Sikdar and Nain Singh besides depicting the theodolites and other instruments.