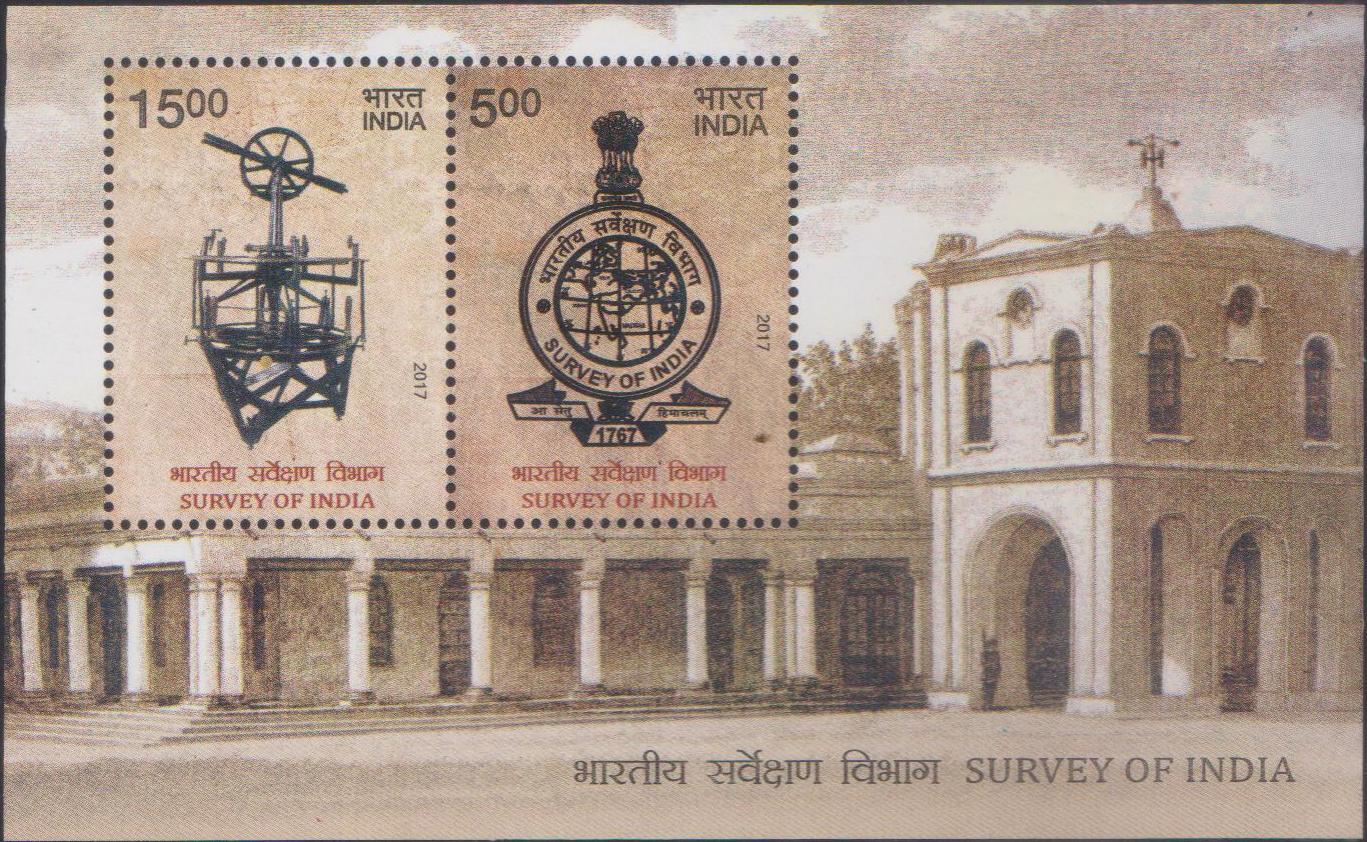 A Miniature Sheet consisting of 2 nos. of commemorative postage stamp on the 250th anniversary of the Survey of India, national central engineering agency in charge of mapping and surveying :