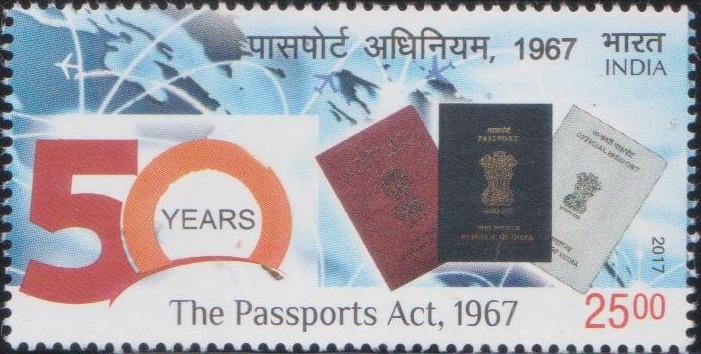 A commemorative postage stamp on 50 years of The Passports Act, 1967, an Indian act “for the issue of passports and travel documents, to regulate the departure from India of citizens of India and for other persons and for matters incidental or ancillary thereto” :

Issued for : Department of Posts is pleased to issue a Commemorative Postage Stamp on the occasion of completion of 50 years of The Indian Passports Act, 1967.