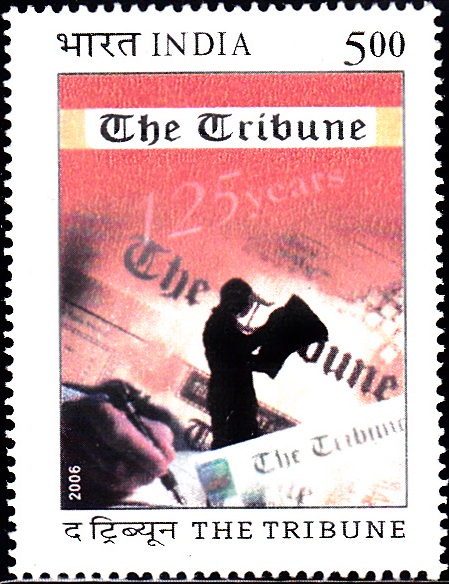 A commemorative postage stamp on the completion of 150 years of the Indian English-language daily newspaper, The Tribune :