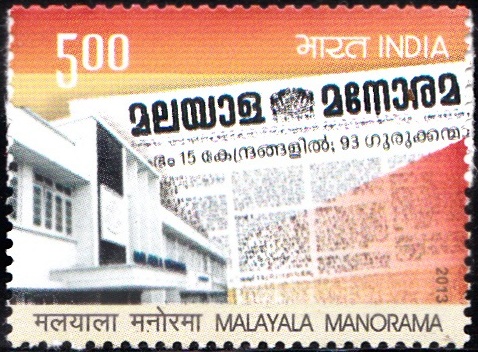 A commemorative postage stamp on the 125 years of the daily morning Malayalam newspaper, Malayala Manorama, 3rd largest circulating newspapers in India as per Audit Bureau of Circulations (ABC) 2013 figures :

Issued for : Department of Posts is happy to recognize the contribution of Malayala Manorama in upholding the values of fair and fearless journalism and issue a Commemorative Postage Stamp to mark the completion of 125 years of its existence.