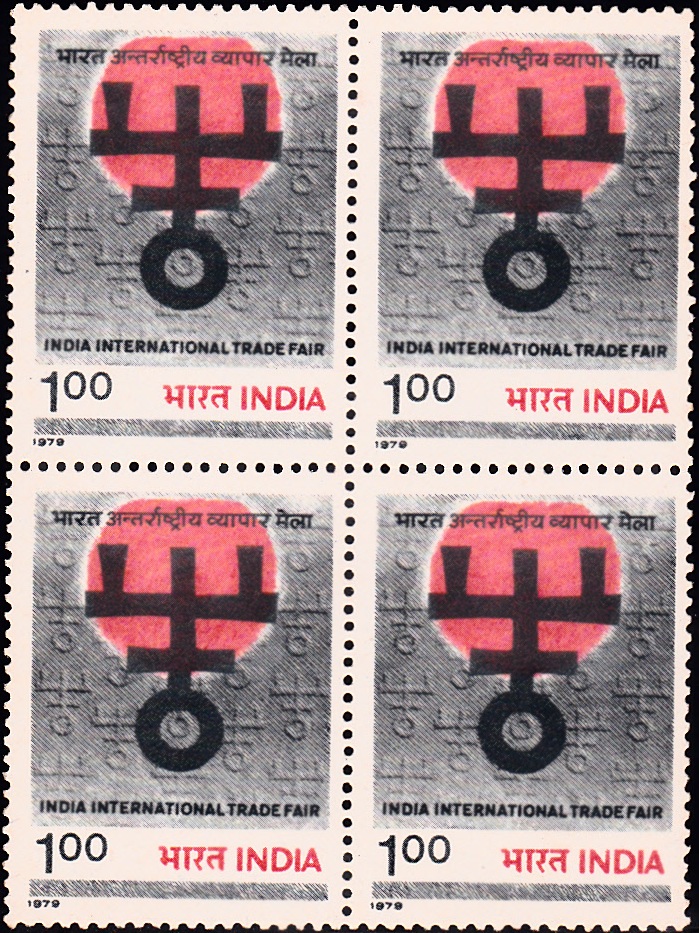 Description of Design : The stamp depicts the logo of the Trade Fair Authority of India.