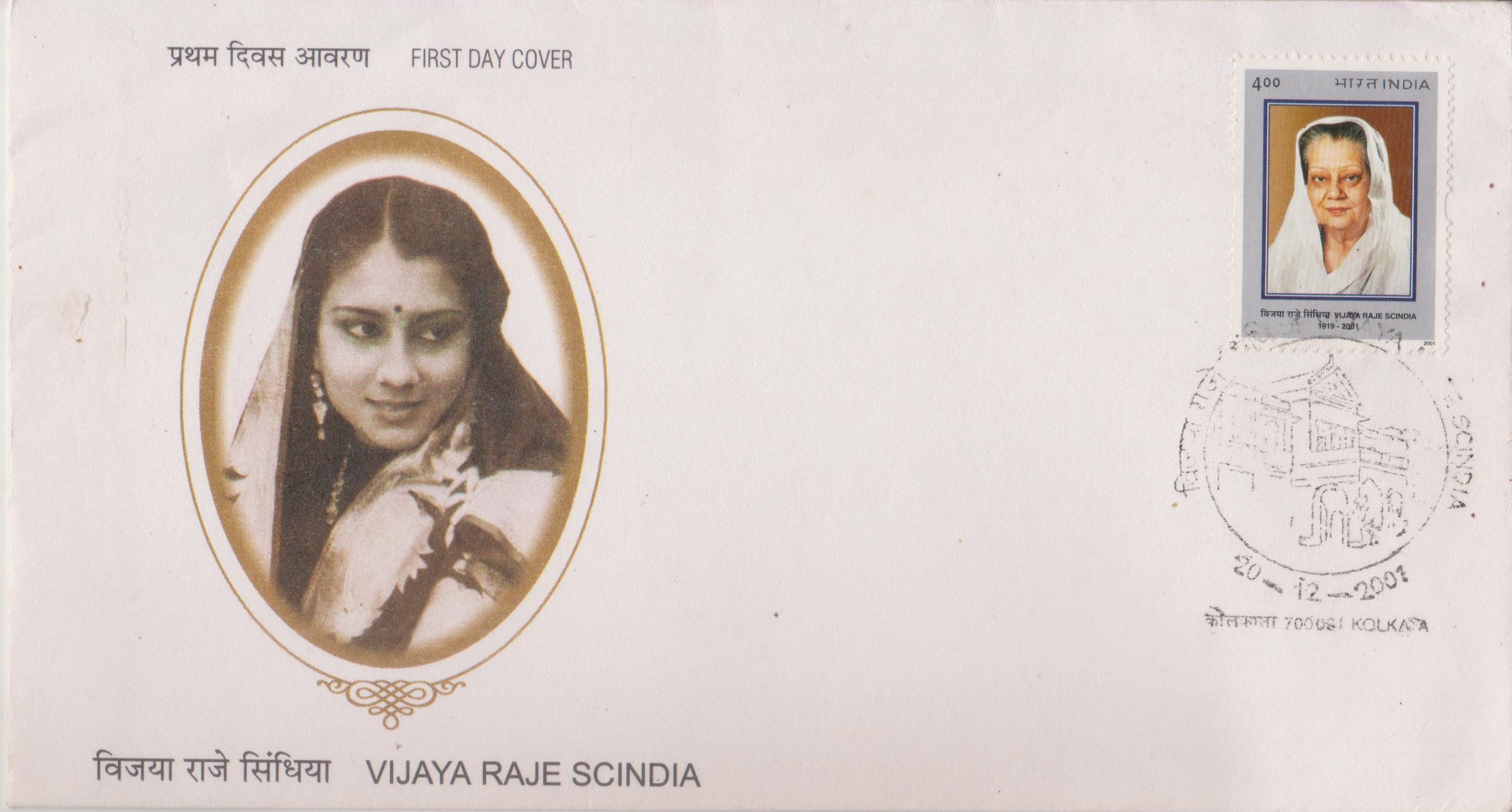 A commemorative postage stamp on Vijayaraje Scindia, Rajmata of Gwalior (1970-98) :

Issued for : The Department of Posts is happy to issue a postage stamp in honour of this great leader who dedicated herself totally to social service and patriotic causes.