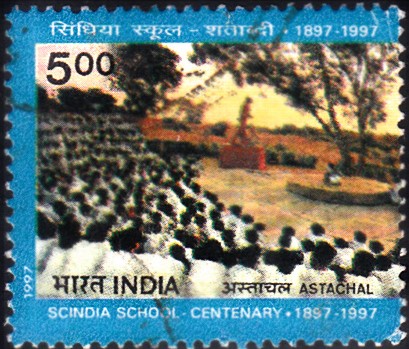 A set of two commemorative postage stamps on the Centenary of Scindia School, Gwalior : 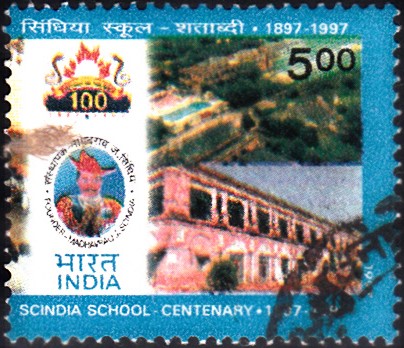 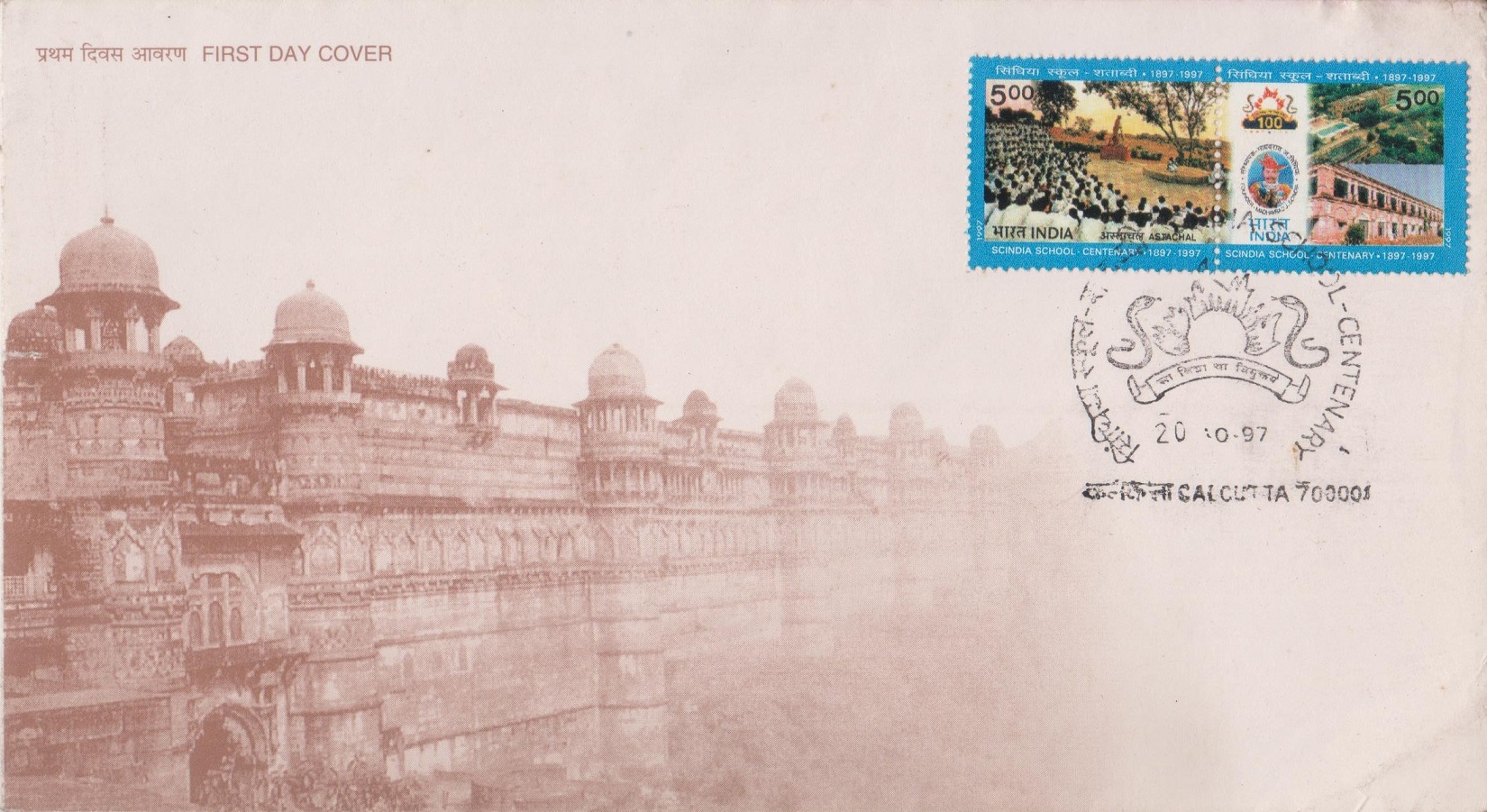 Issued for : The department of Post is pleased to issue a special commemorative postage stamp to mark the centenary of Scindia School.

Design : The stamp design is in a beautiful setenant form, depicting the students in meditation, at Astachal, where the statue of Mahatma Gandhi inspires generations of students. The design also depicts the Gwalior Fort with an inset of the founder.