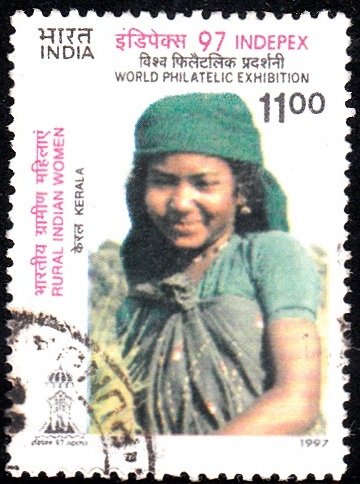 Issued for : The Department of Posts is pleased to issue a set of four stamps depicting Rural Indian Women.

Design : While the choice has been difficult, the rural women depicted in these stamps are drawn from the north, south, east and west of India. The golden thread of Indian unity of culture and tradition is discernible in the rich diversity of dress, jewellery and ethnic purity of rural India, as depicted in