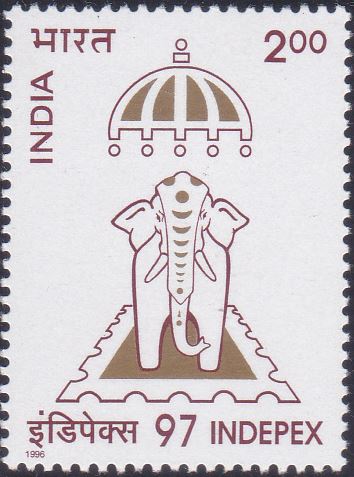 Issued for : The Department of Post is proud to release a special stamp on the logo of INDEPEX-97 at ISTANBUL-96 – World Philatelic Exhibition, to herald the announcement of the prestigious Exhibition.

Description of Design : The stamp depicts the logo of the Exhibition which is a caparisoned elephant, a symbol of tradition.