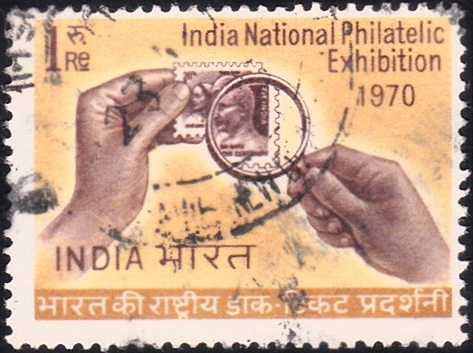 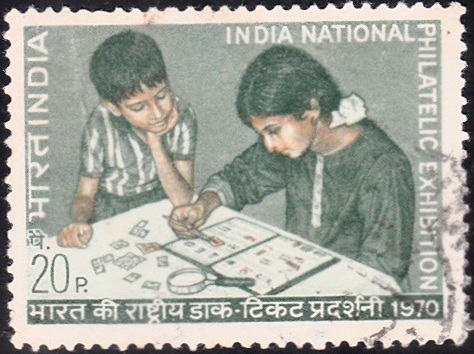 Issued for : On this great occasion, the P & T Department is happy to bring out two special postage stamps of denominations 20 paise and Re. 1/- to commemorate the India National Philatelic Exhibition, 1970 held from the 23rd December, 1970 to 6th January, 1971 on the themes of stamp collecting. In addition to the usual First Day Covers which were brought out, the Department has arranged to provide separate cancellations on each day at the site of the Exhibition P.O.

Description of Design :
20p – The design of the stamp is horizontal and depicts a picture of young stamp collectors – a boy and a girl – arranging stamps in a stock book.

The design of the stamp is adapted from the original prepared by Shri Charanjitlal, Artist, P & T Directorate, New Delhi.

Rs. 1.00 – The design of the stamp is horizontal and depicts hands of a stamp collector holding a magnifying glass in one hand and a stamp on Gandhi in another for study.