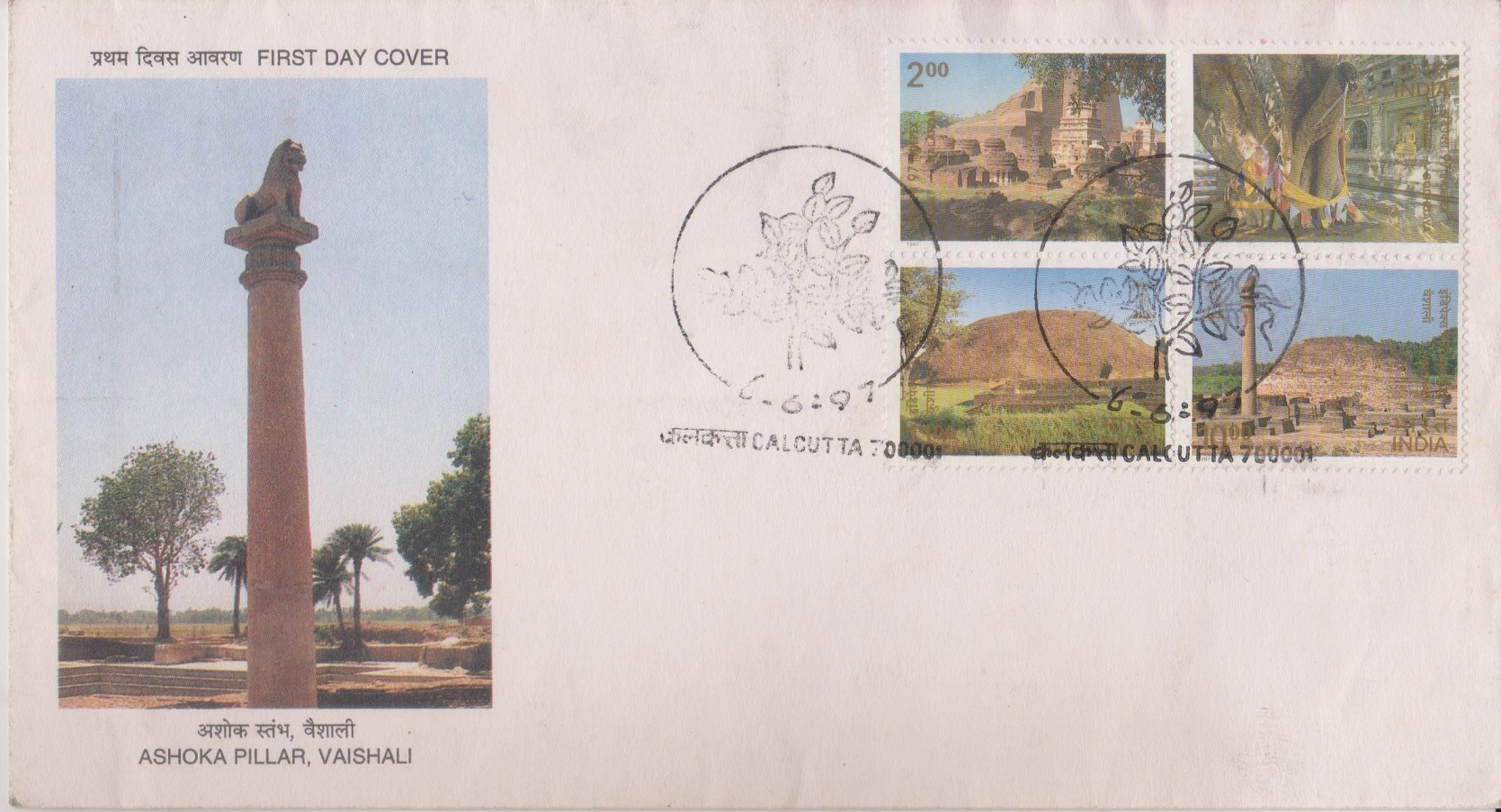 Issued for : The world Philatelic Exhibition, Indepex ’97 was organised at Delhi by the Department of Posts to coincide with the Golden Jubilee Celebration of India’s Independence. The exhibition held from 15-22 December ’97 in hall nos. 8-11, Pragati Maidan, New Delhi.

A Special Logo had been designed for Indepex ’97 which depicts the caparisoned elephant, a symbol of traditional welcome in India. It signifies peace, prosperity and goodwill. A special postage stamp depicting the logo of Indepex ’97 was released on 5th of October ’96.

This being a major international exhibition which was held approximately once every ten years, the Department of Posts was bringing out a series of stamps to herald Indepex ’97. This was the first such set.

FDC : The Ashoka Pillar at Vaishali is depicted.
Cancellation : The branch of the Bodhi Tree at Bodhgaya is depicted.

Number of Stamps Printed : 0.5 Million Each

Number per issue sheet : 10 Each