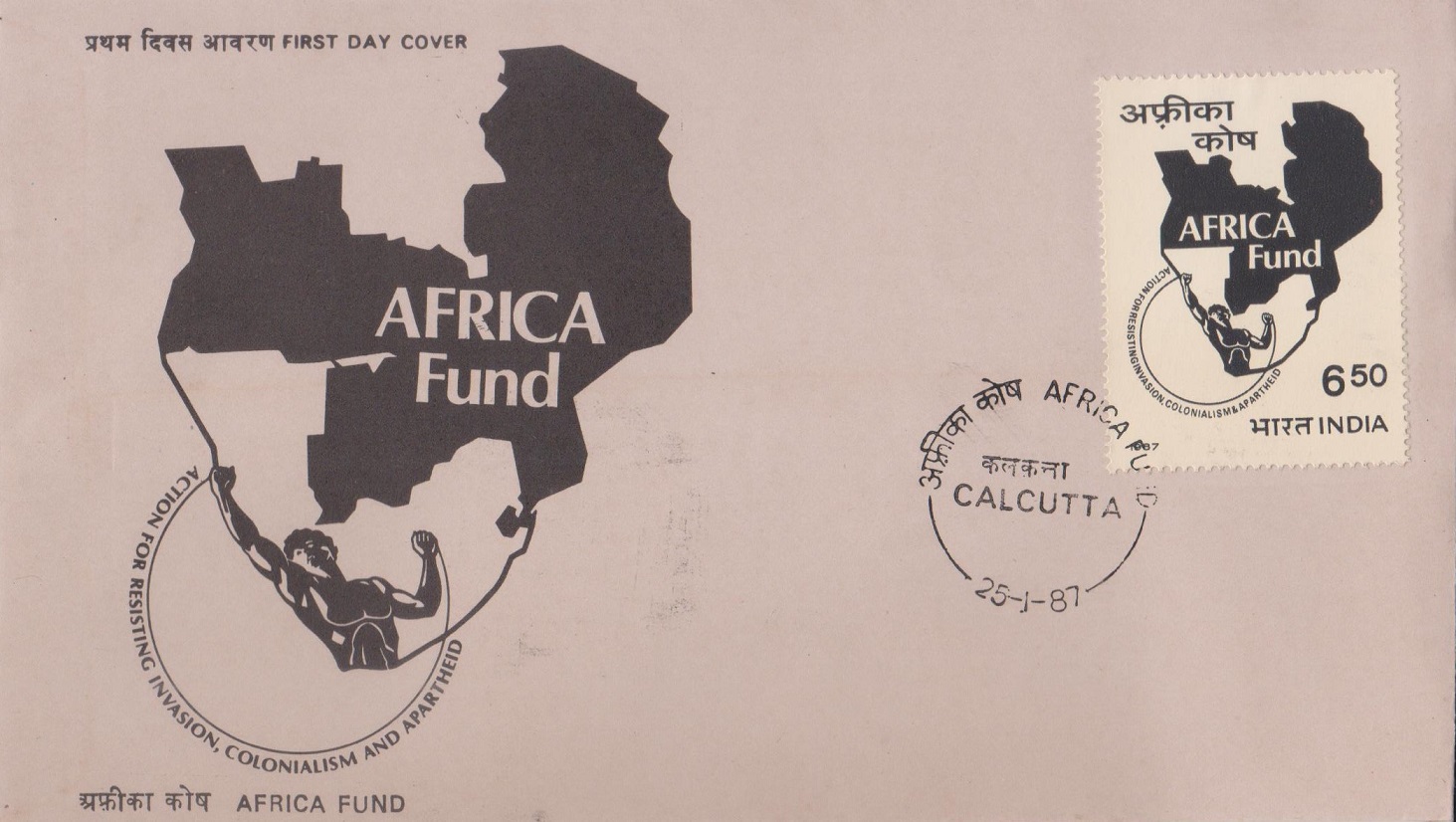 A commemorative postage stamp on the Inauguration of AFRICA (Action for Resisting Invasion, Colonialism and Apartheid) Fund : 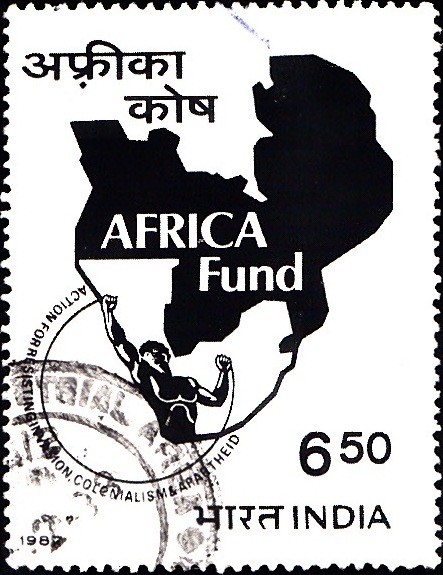 Issued for : The Department of Posts is happy to issue a special stamp on the 9-Nation AFRICA Fund Summit.

Description of Design : The 650 P special stamp is based on the logo of the AFRICA Fund and has been printed by India Security Press. The cancellation has been made by Miss Nenu Bagga.