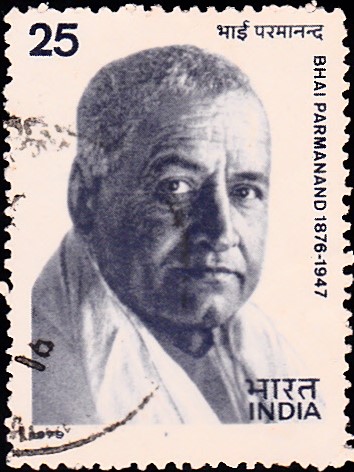 A Commemorative Postage Stamp on ‘Devta Swarup‘ Bhai Parmanand, an Indian nationalist and leader of Hindu Mahasabha, founder member of the Ghadar Party : 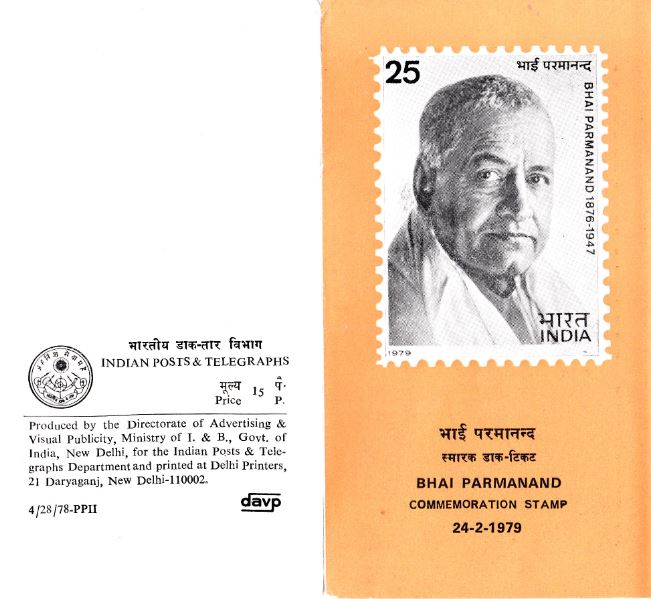 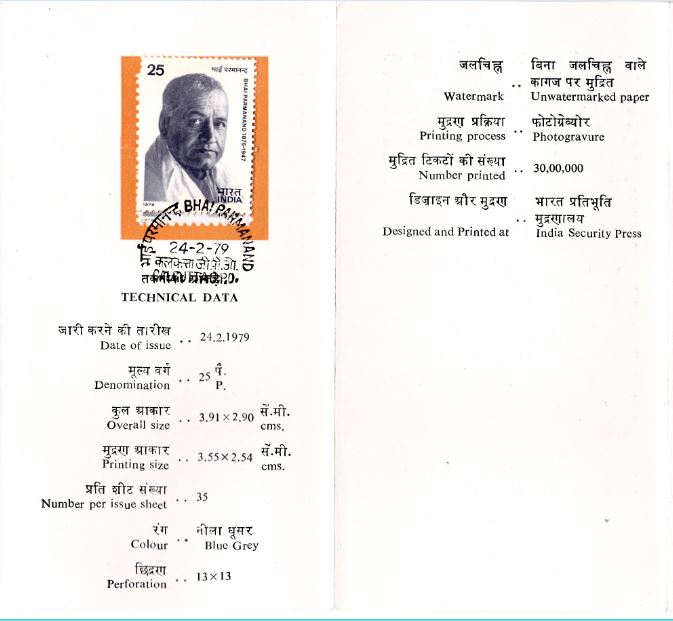 Issued for : The Posts and Telegraphs Department is privileged to bring out a commemorative stamp in honour of Bhai Parmanand.