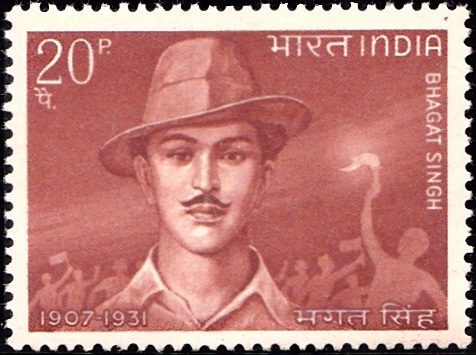 Issued for : Bhagat Singh is dead but his martyrdom in the cause of the country’s liberation will be ever remembered. The Posts and Telegraphs Department feels privileged to issue a special postage stamp in honour of this great patriot.

Description of Design : The design of the stamp is horizontal and depicts portrait of Bhagat Singh in the silhouette background of procession of freedom fighters.