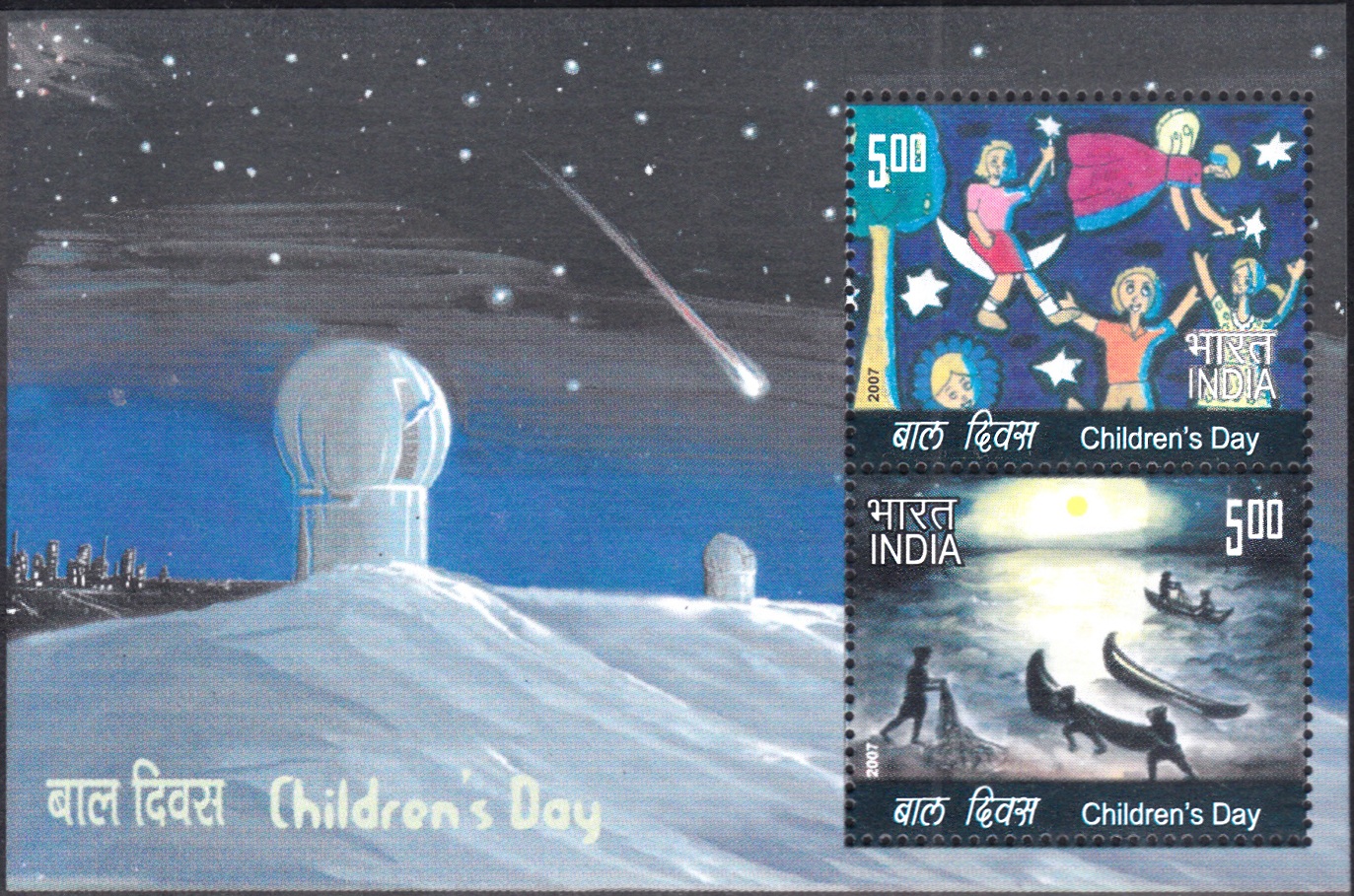 A Miniature Sheet consisting of 2 nos of commemorative postage stamps on Children‘s Day 2007 : The Magic of the Night :

Issued for : The Department of Posts is happy to celebrate the spirit of innocence by releasing this set of two postage stamps, miniature sheet, first day cover and three maxim cards designed by children on “Children’s Day”.