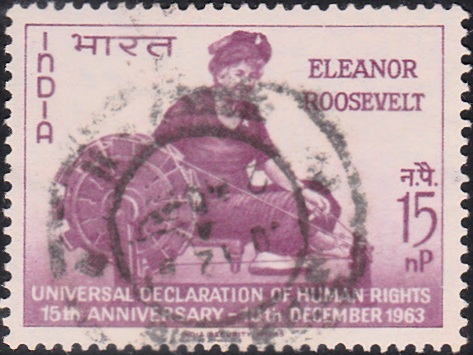 A commemorative postage stamp on the 15th Anniversary of the Declaration of Human Rights (UDHR), adopted by the United Nations in 1948 at Paris, France :

Issued for : The Posts and Telegraphs Department is privileged to issue a special stamp to commemorate the 15th anniversary of the Universal Declaration of Human Rights.