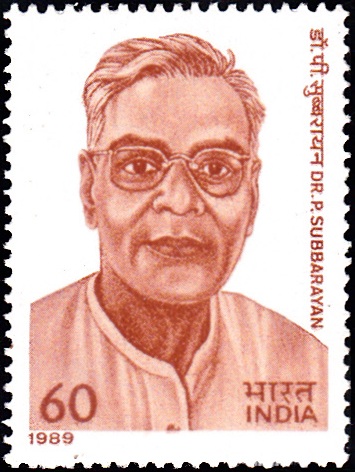 A commemorative postage stamp on the Birth Centenary of Dr. Paramasiva Subbarayan, founder-President of the Board of Control for Cricket in India (BCCI) (1937-38, 1945-46) :

Description of Designs : The designs of the stamp and the First Day Cover are based on photographs provided by Shri P.R. Kumarmangalam. Cancellation design is by Ms. Alka Sharma.