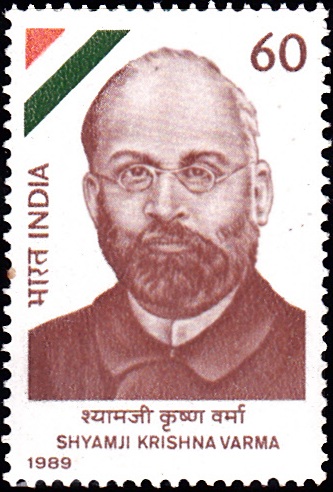 Description of designs : The stamp is based on a photograph of the personality provided by the Shyamji Krishna Varma Memorial Trust. The First Day Cover shows the India House in London as it then stood with its cluster of trees. Cancellation design is by Ms. Alka Sharma.