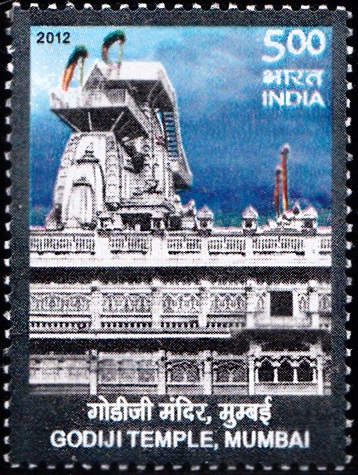 A commemorative postage stamp on the Bicentenary of the Godiji Parshwanth Jain Temple, Mumbai, a temple dedicated to Jain Tirthankar Parshwananth :

Issued for : Department of Post is happy to commemorate the 200th anniversary of Godiji temple, Mumbai by issuing a Postage Stamp.