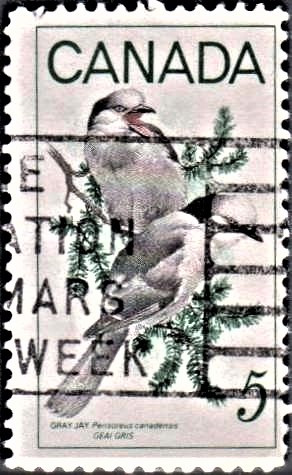 Issued for : Thursday, February 15, 1968 will be the first day of issue for this stamp honoring the wildlife of North America.

Design : A pair of Gray Jays perched on boughs of a White Spruce have been chosen by the Canada Post Office as subjects for a stamp to continue a Wildlife Series of postal issues.