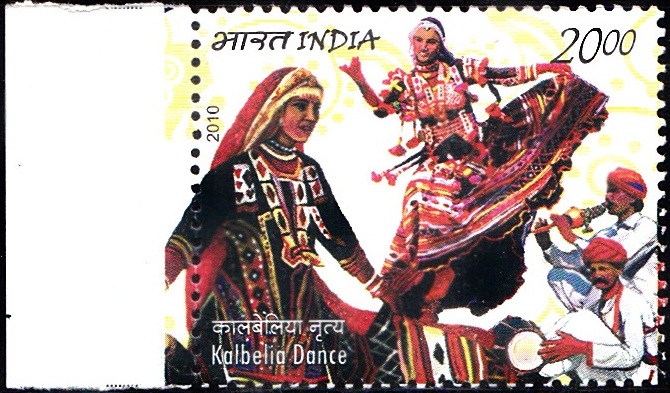 Complete Set of 2 nos of commemorative postage stamps on the 60 years of diplomatic relations between India and Mexico : Dances : 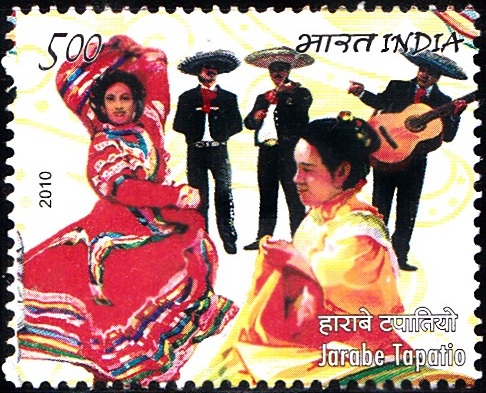 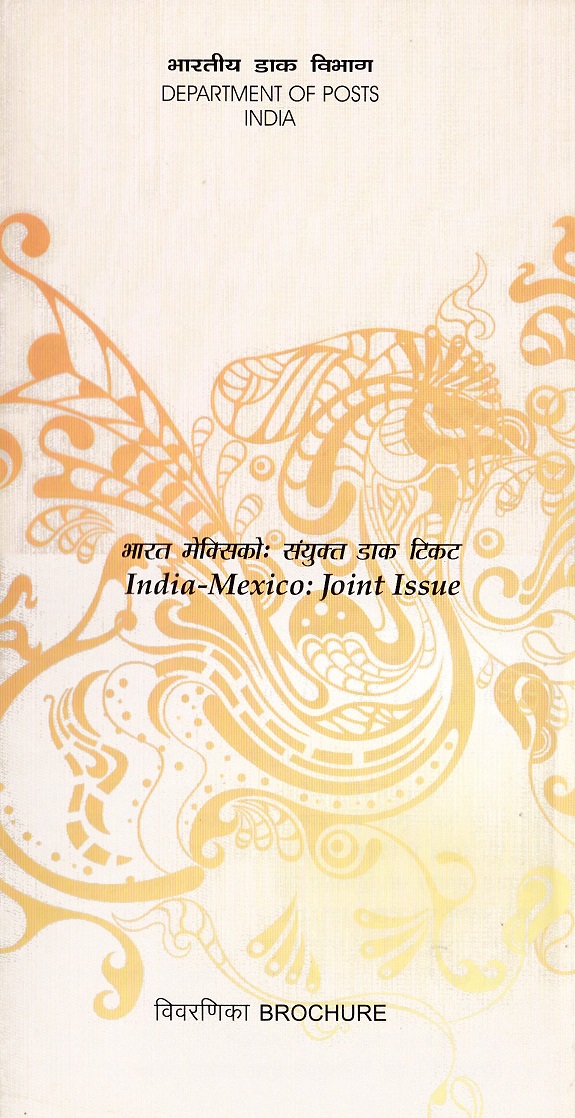 Issued for : India Post is happy to issue a set of two commemorative postage stamps celebrating 60 years of diplomatic relations between India and Mexico.

Design : One of the stamps shows the Kalbelia Dance of Rajasthan in India. It is a vigorous dance form performed by women. The dancers embellish themselves in traditional black skirts with silver embroidery. The dance, set to folk songs, reminds one of the graceful movements of a snake. The sensual rhythm increases in tempo and vigour with the increase of the beat. Male participants take care of the musical part of the dance. They use different instruments (such as Pungi, Dafli, Been, Khanjari, Morchang & Dholak) to create the rhythm on which the dancer performs.

The other stamp shows the Jarabe Tapatio. Each region and state in Mexico presents the Mexican dance form in a style that reflects its own unique customs and traditions. The Jarabe Tapatio, or the Mexican Hat Dance, is one of the most beloved dance forms in Mexico and is considered as the national dance of Mexico. While the women wear the traditional china poblana, which includes a fringed blouse, a skirt and a shawl, the men are dressed in an ornate charro or cowboy suit. The dance gained immense popularity when the famous ballerina, Anna Pavlova, incorporated it in her repertoire.