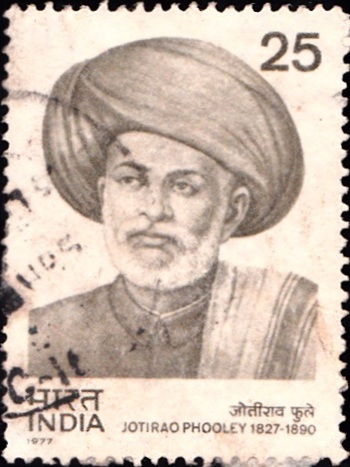 A commemorative postage stamp on the Death Anniversary of Mahatma Jotiba Phule, an Indian social reformer from Maharashtra [a part of the series ‘Personalities Stamps Series‘] :

Issued for : The Indian Posts and Telegraphs Department is privileged to bring out stamps in memory of these great sons of India.