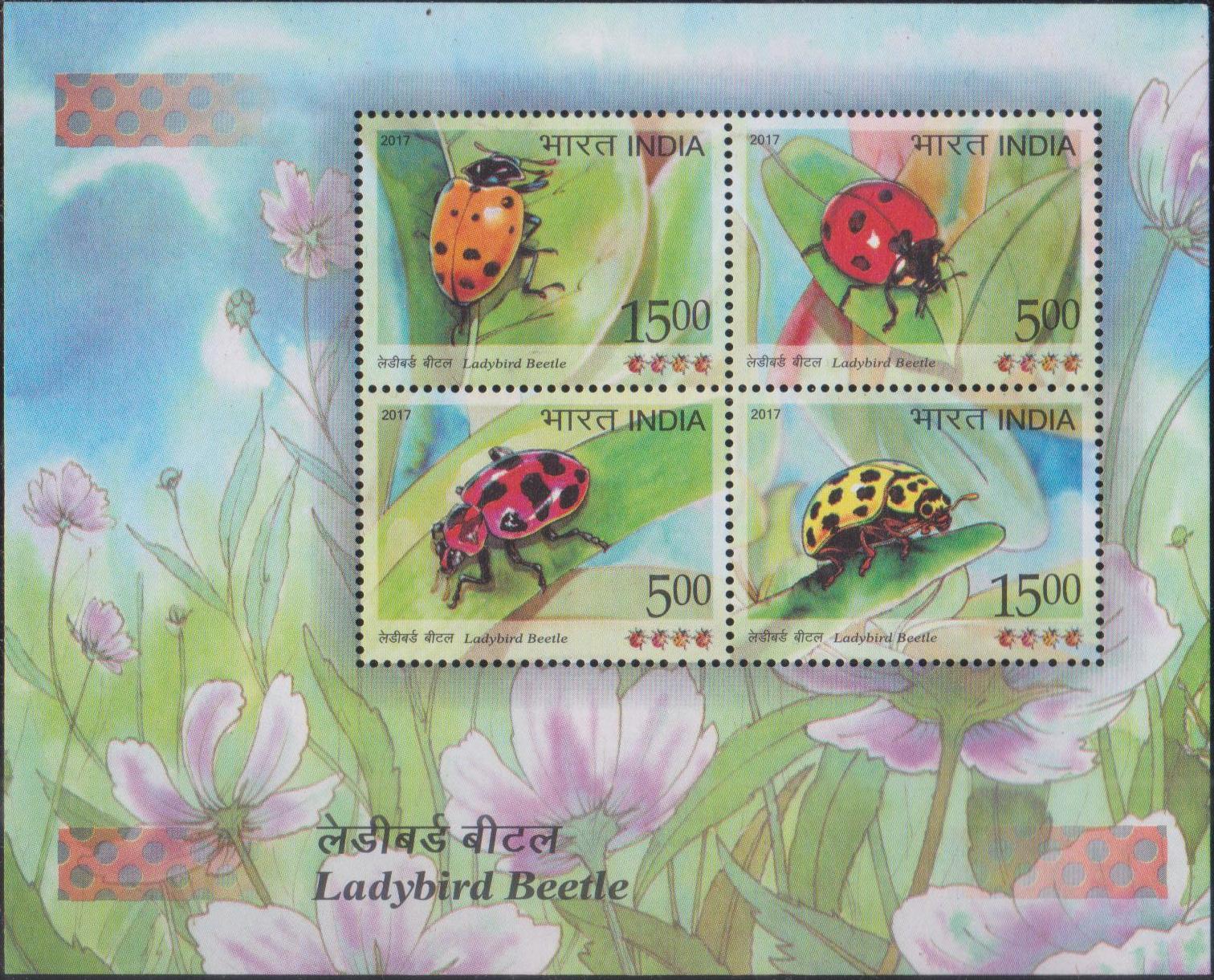 A Miniature Sheet consisting of 4 nos. of special postage stamp on the Ladybird (Coccinellidae) :

Issued for : Department of Posts is pleased to issue a set of four Commemorative Postage Stamps on “Ladybird Beetle”.