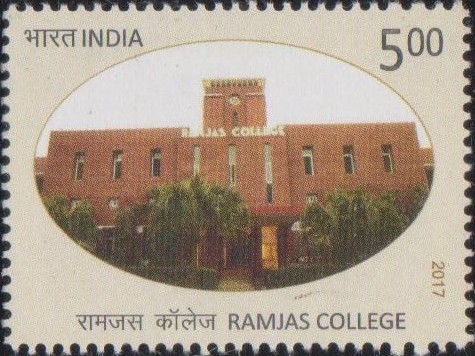 A commemorative postage stamp on the Centenary of the Ramjas College, one of the first three colleges established under University of Delhi :

Issued for : Department of Posts is pleased to release a Commemorative Postage Stamp on “Ramjas College” on its centenary.