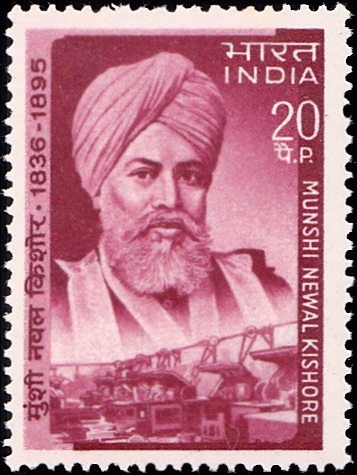 A commemorative postage stamp on the Death Anniversary of ‘Caxton of India‘ Munsi Newal Kisore, an Indian book publisher, founder of the ‘Newal Kishore Press and Book Depot’ in Lucknow :

Issued for : The Posts and Telegraphs Department has great pleasure in paying its tribute to the memory of this great pioneer and savant by bringing out a special commemorative stamp in his honour.

Description of Design : The Stamp design is vertical. It shows a portrait of Munshi Newal Kishore and a picture of printing press.