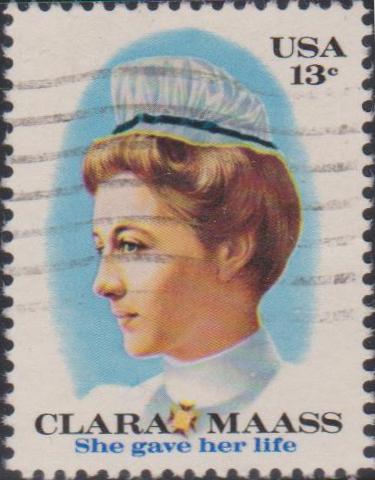 Design : The U.S. 13¢ stamp honoring Nurse Maass was designed by Paul Calle of Stamford, Connecticut, based upon a portrait of the nurse which hangs at the Maass Memorial Hospital. It was issued in Belleville, New Jersey, the site of the hospital.